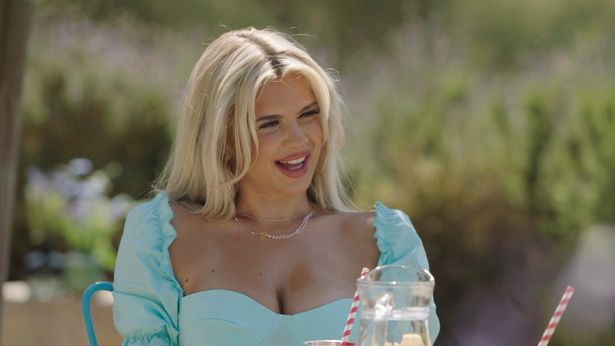 Liberty Pool’s mum Jo has admitted she initially had some concerns about her daughter going on Love Island, but she’s been reassured by the support she’s been getting from ITV.

The blonde beauty found herself at the centre of social media outrage after it emerged she was not angry when her partner Jake Cornish snogged fellow Islander Kaz Kamwi during a challenge.

However, while she may be gracing the screens of millions of people per day, it appears that her mum is appreciative of the support she is receiving.

In a new interview, Liberty’s mum Jo revealed bosses from ITV are frequently getting in touch with the family to offer support.

Viewers were shocked to see much more tamed scenes as drama stirred up in the villa thanks to a challenge – or at least it was meant to.

The teaser clip saw Jake snog Kaz during Snog, Marry or Pie, but the teaser clip that promised “drama| saw Liberty look perplexed at his actions.

Fans who were expecting fiery confrontation instantly took to social media to air their thoughts.

“The producers screwed Jake, Liberty & Kaz for the last 24 hours. There was nothing in that & nobody was offended,” said one.

While a second added: “So the producers lied about this Liberty and Kaz beef. Not impressed.”

Before a third tweeted: “As if they edited the first look to make it look like Liberty was so p**sed at Jake kissing Kaz.”

Love Island airs daily at 9pm on ITV2 and on the ITVHub.