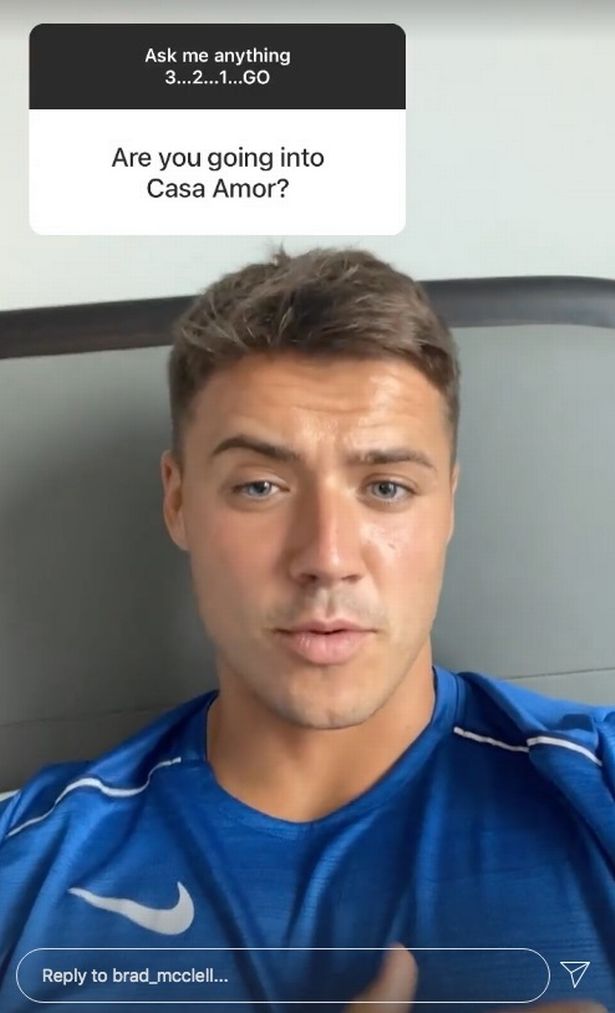 Brad McClelland may have only just been dumped from the Love Island villa but he’s already considering a return to the show via Casa Amor to win back Lucinda Strafford.

The 26-year-old Northumberland lad was brutally dumped from the hit ITV2 reality romance show last week where he was forced to sacrifice his own place on the show to let 21-year-old Lucinda stay.

After Brad and Lucinda were voted the least compatible couple by viewers, they had to decide between themselves which of them would be removed from the villa for good – with Brad doing the gentlemanly thing and sacrificing himself.

But now Brad has teased that he might return to the show via Casa Amor – a second villa filled with stunning singletons who compete to steal positions inside the main villa.

He was also asked if he was moving on with dating himself now he has been dumped from the villa and is back on British soil.

But Brad replied: “I’m not, no. I think it’s a little bit early, after coming out the villa. Just kinda need time to settle and get used to what’s happening.”