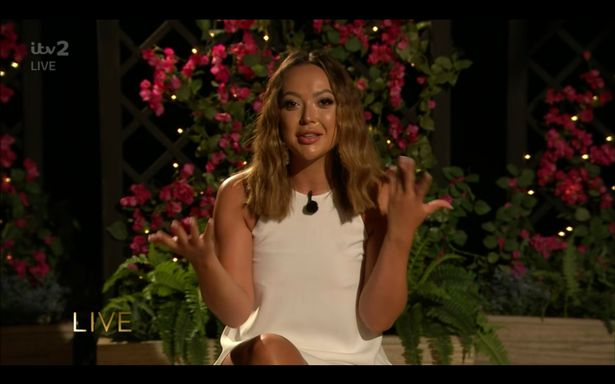 Fans have been desperate to see PE teacher Hugo find love in the villa, after three weeks of him surviving on being in friendship couples.

In the latest recoupling, AJ said that she “saw a future” with the 24-year-old, choosing him as her other half for the foreseeable future.

But by doing so, she essentially sealed Sharon’s fate, who had been with him in a friendship couple, while the others around them formed romances.

Speaking after leaving the villa, Sharon reckons that things aren’t going to last between them.

“My Love Island experience was a whirlwind! When I walked in I remember the first thing in my head was ‘don’t fall over!’ because I’m really clumsy,” she said.

“It’s definitely been something exciting and it’s the first proper selfish thing I’ve done for myself in my life.

“Even though I spent most of it on ‘Friend Island’ instead of ‘Love Island’, I wouldn’t change any of that.”