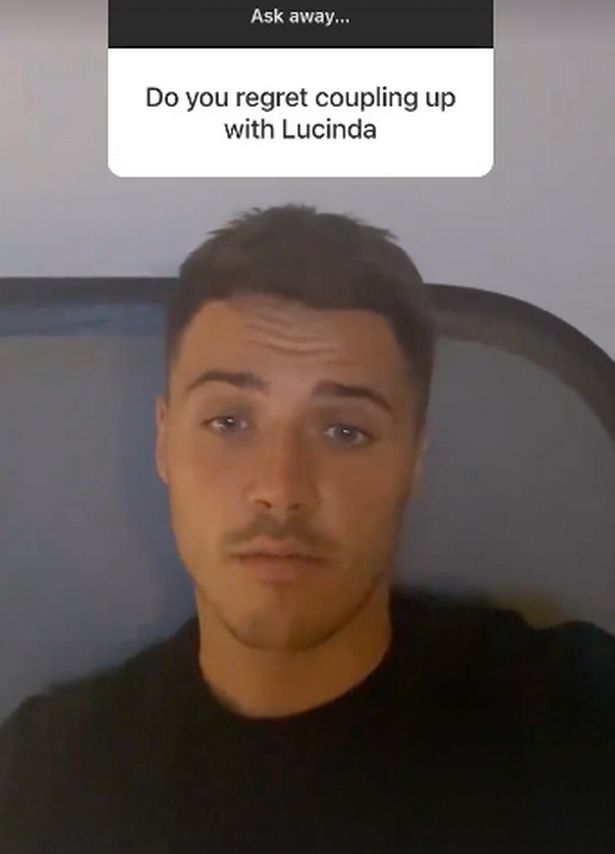 Love Island’s latest dumped islander Brad McClelland has hinted that he might be up for moving on from Lucinda Strafford.

The northern star chose to leave the island on Wednesday night’s episode when he and Lucinda were voted the least compatible couple.

At the time, Brad admitted he was gutted that Lucinda didn’t decide to leave with him despite them only dating for a week – but now he seems to have changed his mind.

During an Instagram Q+A, Brad left it up to his followers when asked whether he should stick around and wait for Lucinda, leaving it up to a public vote.

The girl remaining single at the end will be dumped from the villa, joining Rachel Finni and Brad as the third person to get eliminated this week alone.

Laura Whitmore will be interviewing all of them in the spin-off chat show, Love Island : Aftersun after the episode airs.