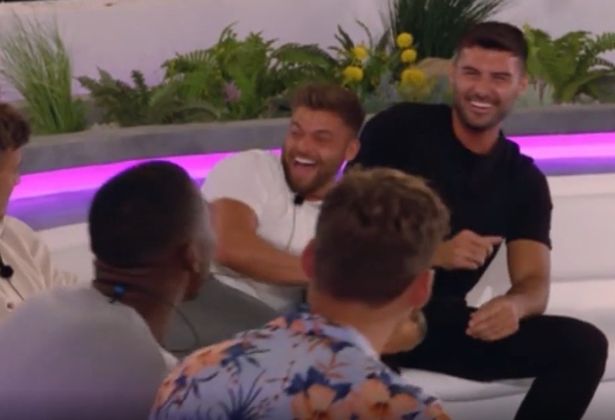 Love Island fans have had just about enough of the foot fetish talk which has dominated the series so far.

Viewers were left fuming while as they tuned into Friday night’s instalment of the ITV dating show when newcomer Liam Reardon, 21, confessed to having a thing for feet.

It comes after cheeky chap Jake Cornish, 24, shared his love for feet in the first episode of the new series.

As the original boys got to grips with new boys Liam and Chuggs on Friday night’s instalment, Jake quizzed the newbies on what attributes they find most attractive in women.

“I like a bird who is elegant and independent,” Liam replied.

“A girl who has got her sh** together you know. I like tanned brunette girls.

Unfortunately for Liam, Joanna was having none of it and decided to not reply after his advances.

Lifting the lid on the awkward encounter ahead of his arrival in the villa, Liam revealed: “Joanna Chimonides– I did message her before.

“She didn’t answer. She is gorgeous, my type of girl.”