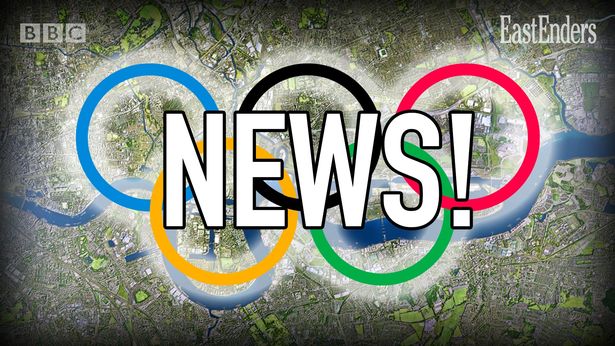 EastEnders fans will have access to every single episode for the next few weeks on BBC iPlayer, as the streaming platform will show all the latest programmes during the Olympics.

The delayed 2020 Games, which are being hosted in Japan, are due to start on July 23.

Viewers have been worrying about whether EastEnders will be delayed or simply vanished from the schedules, because of the coverage of the Euros 2020 football tournament, also delayed from last year.

The BBC announced the move on social media today, saying, “We are so excited to announce that EastEnders will continue to box set episodes on BBC iPlayer, on Mondays until the end of the Tokyo 2020 Olympics. “

They shared an image of the famous Thames logo with the five Olympic rings on top, and the word “News!”

And Patrick (Rudolph Walker) is currently involved in a heartbreaking storyline involving Isaac Baptiste, who is struggling with schizophrenia.

This news comes in the wake of reports that Monday’s episode of EastEnders only had 1.4 million viewers, which is the lowest audience number ever recorded in the programme’s 36-year history.

It is thought that ratings have been affected by the football, extended coverage of the tennis from Wimbledon and the summer weather.

Audiences already choose BBC iPlayer as the watching destination, with the latest figures showing a massive 13.4 million episode views on the streaming platform.