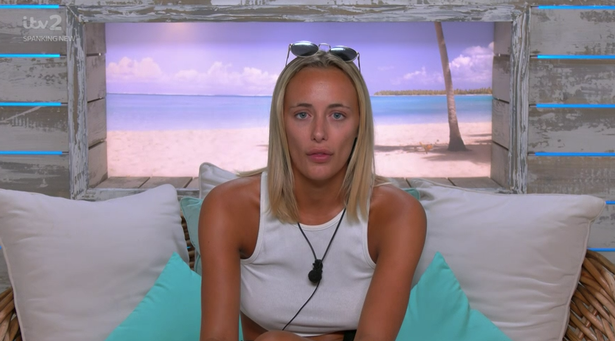 Love Island fans are fearing for Millie Court after tuning into Wednesday night’s episode of the ITV2 dating show.

Following the arrival of the dreaded postcard, many viewers felt that Millie’s love interest had got off lightly as a snap of his three-way kiss in Casa Amor wasn’t included.

As Kaz and Faye shed tears over the photos of Tyler and Teddy kissing two new girls in the other villa, Millie didn’t seem too angry with Liam’s actions.

However, what she doesn’t know is that Liam enjoyed a racy lap dance from new girl Lillie and has even snogged her several times.

Others slammed the show for making Teddy look worse than Liam, when in fact, he has actually been saying how much he misses Faye and even slept outside with Jake.

“Producers have done Teddy dirty there & Liam got off very lightly!!!!! #LoveIsland #CasaAmor,” one tweeted.

Another fumed: “The producers have done Teddy dirty taking a picture of their first night’s games while Liam has got off lightly, f**k off #loveisland.”

Wednesday’s episode ended with a teaser for Thursday’s instalment of the ITV2 show – and it’s still not looking good for Millie.

In the short clip, Liam can be seen moving in for another kiss with Lillie as they have a private chat on one of the daybeds.

It comes after Liam fought the urge after admitting he had wanted to snog Lillie all day.