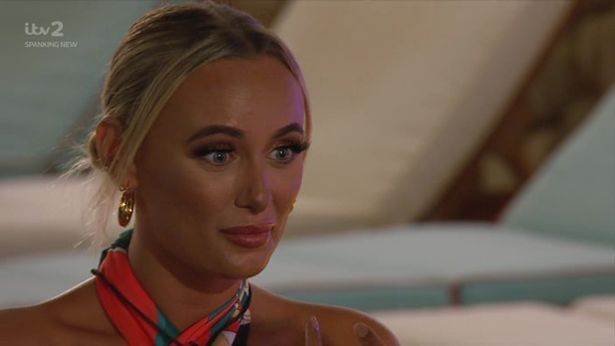 Love Island fans were quick to call out Faye Winter for “bad vibes” after she mocked the new girls’ laughing.

New arrivals Lucinda Strafford and Millie Court turned up in the villa on Tuesday’s episode.

The previous girls were out of the villa at a brunch when they received a photo from the boys that included the blonde bombshells which firmly placed the cat amongst the pigeons.

Returning to the villa, Faye told the girls “Keep your friends close and your enemies closer, girlies.”

However, that was not all as the outspoken contestant from Devon was vexed by Lucinda and Millie’s giggling when they went on dates with other boys in the vila.

Does Faye have reason to be worried?

*Love Island usually airs at 9pm on ITV2 and ITV Hub with episodes made available the next day on BritBox.