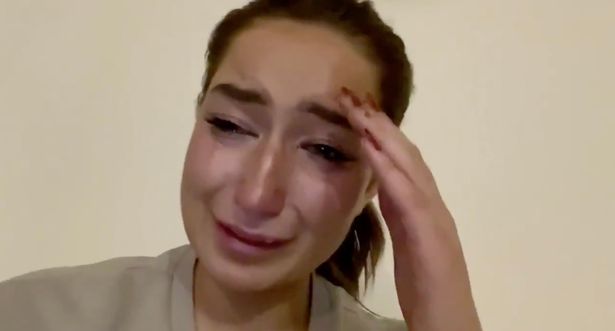 Lottie Lion has blamed her ‘mental health crisis’ on The Apprentice producers who she claims forced a ‘villain persona’ on her.

The star says they made her adopt the name Lottie and insists nobody under 21 should be allowed to take part on the BBC show.

Lottie, 19 when she took part in the hit show, has spoke out after she joined a sugar daddy website when her finances took a hit.

Sharing how her time in the limelight turned sour, the 2019 contestant has taken aim at the corporation.

Lottie says being portrayed as a pantomime villain, plus after-show rows and social media trolls, took their toll.

“They loved all the L sounds, and that was it. I went along with it. They created this persona.”

She said her time on the show had long term implications for her mental health.

She added: “There were times when I didn’t want to have to bother any more, or carry on. A few months ago I deleted my social media because I needed a detox.

“Another Apprentice candidate contacted the BBC producers asking if I was OK. The producers contacted me way too late.

“They never responded. That just goes to show they don’t care.”