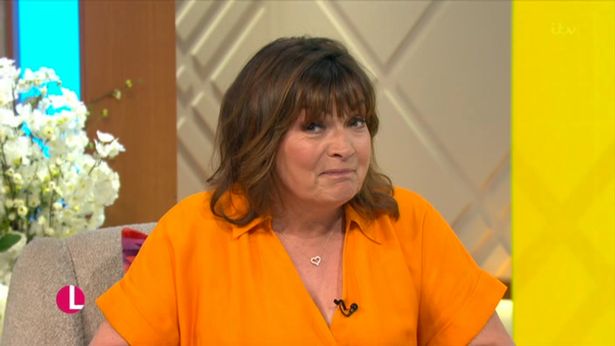 Viewers tuning into Lorraine this week were not impressed with the TV host constantly mentioning her daughter Rosie.

Lorraine Kelly and her only child are currently starring on Celebrity Gogglebox together, and the Scottish star is clearly a very proud mother.

During Monday’s edition of the ITV breakfast show, Lorraine was keen to wish Rosie a very happy birthday as she confirmed she was now 27-years-old.

But on Tuesday, Lorraine was pondering the idea of becoming a grandmother as she spoke about Rosie having kids.

“In the last hour, sources close to Harry and Meghan have revealed the Queen was the first person that they called after the birth of their daughter Lilibet and she was very supportive of the name,” Lorraine told viewers.

A fourth viewer claimed: “Think she’s working hard to get wee Rosie a job on tv! Unbearable woman #LORRAINE I cannot imagine why you subject yourself to the torture everyday!! Shes like nails on a chalkboard!! She needs to retire!! #itv #gmb.”

And a fifth person asked: “Is it me or is #lorraine subliminally (or not so much) lining up Rosie for a job??”