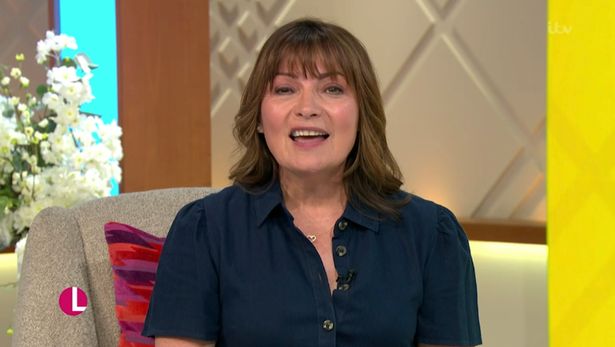 Lorraine Kelly has taken a savage swipe at the new Prince Harry and Meghan Markle film.

Lifetime’s new movie Harry & Meghan: Escaping the Palace is based on the story of the couple quitting the royal family.

The 30-second teaser advert was shown on Thursday’s show.

The upcoming movie is set to be released this Autumn and features actors Jordan Dean and Sydney Morton portray the Sussexes.

It is set to focus on the whirlwind last few years that the couple has faced after leaving the UK and the fall-out to their decision to move to America.

But Lorraine probably won’t be watching – unless she fancies a giggle.

In the trailer, Meghan then declares: “I am the person who is strong and gets things right.”

The brief clip also features a poignant message emblazoned across the screen that reads: ‘Not all fairy tales have the perfect ending’.

Lifetime has shared very little detail about the exact plot of the movie, only promising that it will offer viewers a fictionalised account of “what really happened inside the palace that drove Harry and Meghan to leave everything behind in order to make a future for themselves and their son Archie”, according to Deadline.

A source told the publication: “It will detail Meghan’s growing isolation and sadness, their disappointment that “The Firm” was not defending them against the press’s attacks.

“Harry’s fear that history would repeat itself and he would not be able to protect his wife and son from the same forces that caused his mother’s untimely death.”

Lorraine airs weekdays at 9am on ITV