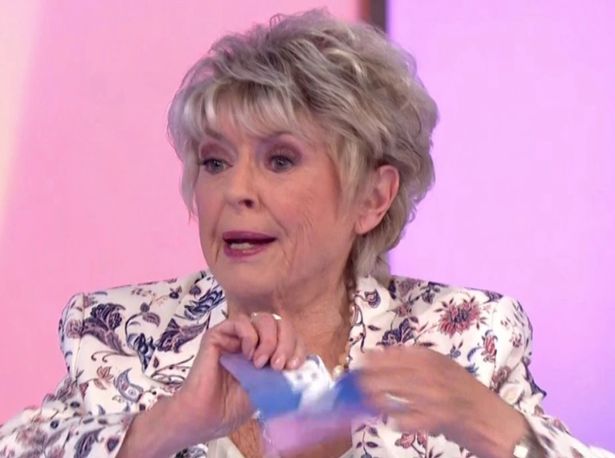 Loose Women ‘s Gloria Hunniford, 80, tore up her notes in anger during a row with fellow panelist Brenda Edwards over the Covid vaccine and the end of lockdown.

Rod Stewart’s wife Penny Lancaster was also embroiled in the on-air fight, ordering Brenda “calm down, darling” after they discussed the potential end of lockdown on 21 June being delayed.

Brenda said: “I think it’s crazy to ask us to stay inside in our country when you keep bringing people from outside countries, to bring these variants, all these different variants.”

“And it’s not going to be good for morale in any shape or form.”

Penny interjected and said: “Girls, what about introducing the passport system where you can fill the capacity of theatres as long as you can prove that you’ve had both of your vaccines?”

Brenda responded that she said she knows a lot of theatres and producers who have paid a lot of money to follow government guidelines and didn’t believe that the vaccine would “change anything”.

She then criticised the Government opening borders, which had allowed the Indian variant to spread in the UK, which Gloria had claimed “wasn’t fair”.