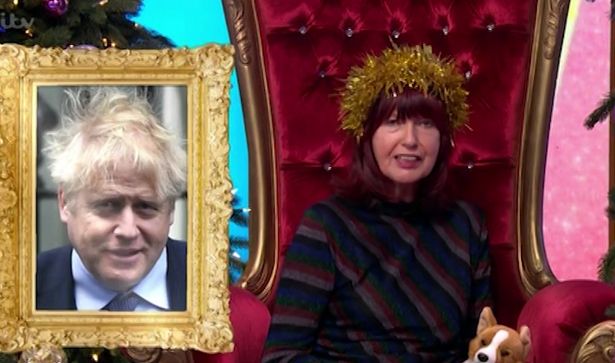 Janet Street-Porter had her Loose Women colleague laughing today as she delivered her yearly “Queen’s speech.”

The event sees the famously opinionated Janet give her no-filter verdict on the year’s events, 2020’s round-up covering everything from Covid and Prince Harry to Boris Johnson’s hair – which she awarded the title of the year’s worst ‘do.

Dishing out some scathing opinions on his politics, Janet ranted: “The first lockdown in March was a recipe for hair disaster as salons were forced to put their scissors down.

“DIY hair produced some winners, but many losers. The runaway winner for worst hairdo must go to our Prime Minister, Boris Johnson.

“On tomorrow’s show we say farewell to a Loose legend,” Ruth said, “after 13 years, over 1,400 shows and uncountable memories.”