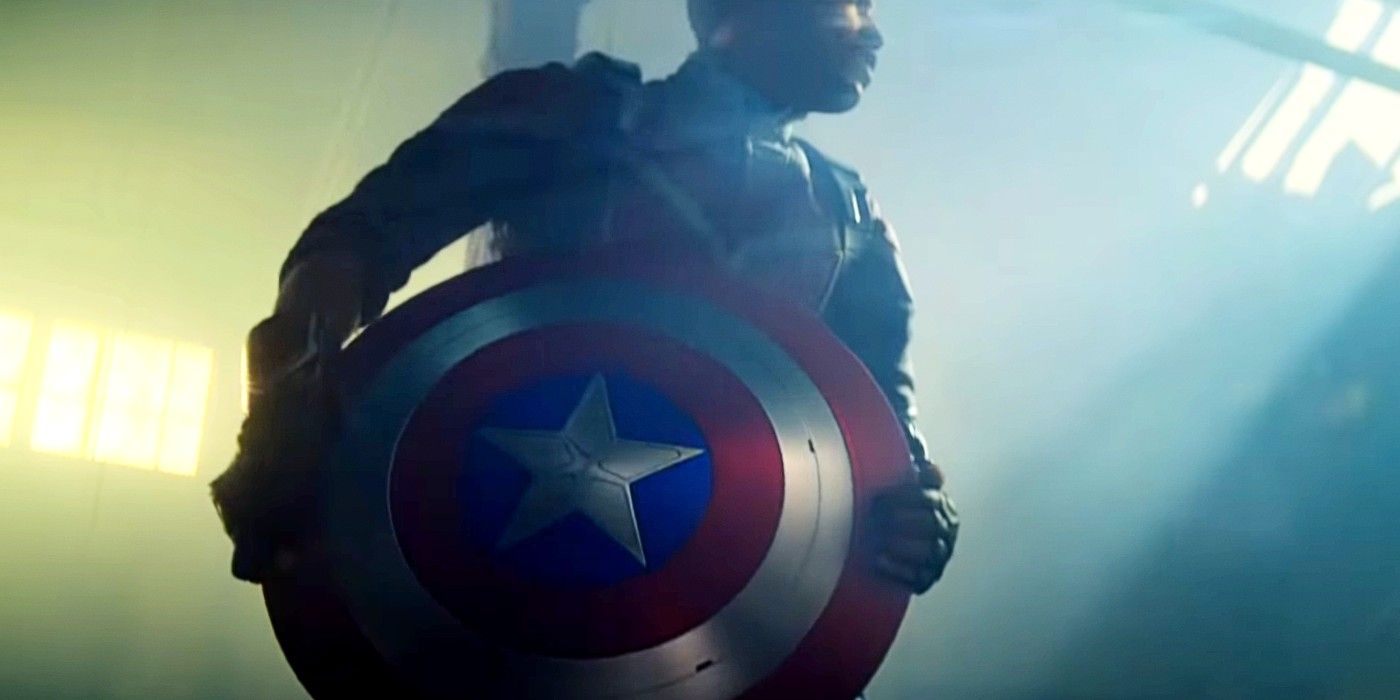 Captain America’s shield was projected onto the London Eye to celebrate the release of The Falcon and the Winter Soldier on Disney+ this week. The latest live-action Disney+ Marvel Cinematic Universe show dropped its first episode on Friday, hot on the heels of the success of WandaVision, which was the most-streamed TV series while it aired. Writer Malcolm Spellman teased that The Falcon and the Winter Soldier’s story is the opposite of WandaVision‘s, referring to the fact that it is more straightforward than its predecessor and is less about solving the mysteries of what’s going on.

The first episode certainly contained more action than the sitcom-inspired WandaVision, and it’s clear The Falcon and the Winter Soldier is going to be more connected to the Captain America movies than anything else in the MCU. That connection was always inevitable given that Sam and Bucky were Steve Rogers’ best friends, and that Steve gave his shield to Sam at the end of Avengers: Endgame. The shield has been central to marketing for the show, with a recent TV spot teasing someone wants Cap’s shield destroyed, and the debut episode took that further by focusing on Sam’s decision regarding the shield.

That theme carried over into the physical promotion for The Falcon and the Winter Soldier, with Disney+ turning the London Eye into Captain America’s shield early Friday morning. The London landmark got the American makeover through the use of a digital image projection, lighting up the British city in the red, white, and blue of the shield. Disney+ UK shared an image on Twitter of the London Eye, accompanied by a caption referencing Sam’s most famous line to Cap: “On your left.” The promotion took place on similar landmarks across Europe. You can see the London Eye transformation below:

Just how the British will feel about a major landmark in their capital being taken over by the colors of the American flag is unclear, but there’s no doubt Disney+ is going all-in on promotion for The Falcon and the Winter Soldier. Hopefully it doesn’t lead to some cross-Atlantic conflict, though. It’s certainly a smart way to get the attention of audiences, and get eyeballs on the latest MCU show.

Not that it needs it, as currently The Falcon and the Winter Soldier is the best-rated MCU movie or show on Rotten Tomatoes, something sure to please the die-hard Marvel fans who have been starved of big-screen Marvel action for well over a year now. The show is almost assured of being a hit, then, and the first episode proves it delivers on its promise and is a worthy entry to the MCU. Hopefully the other five episodes reach the same heights.