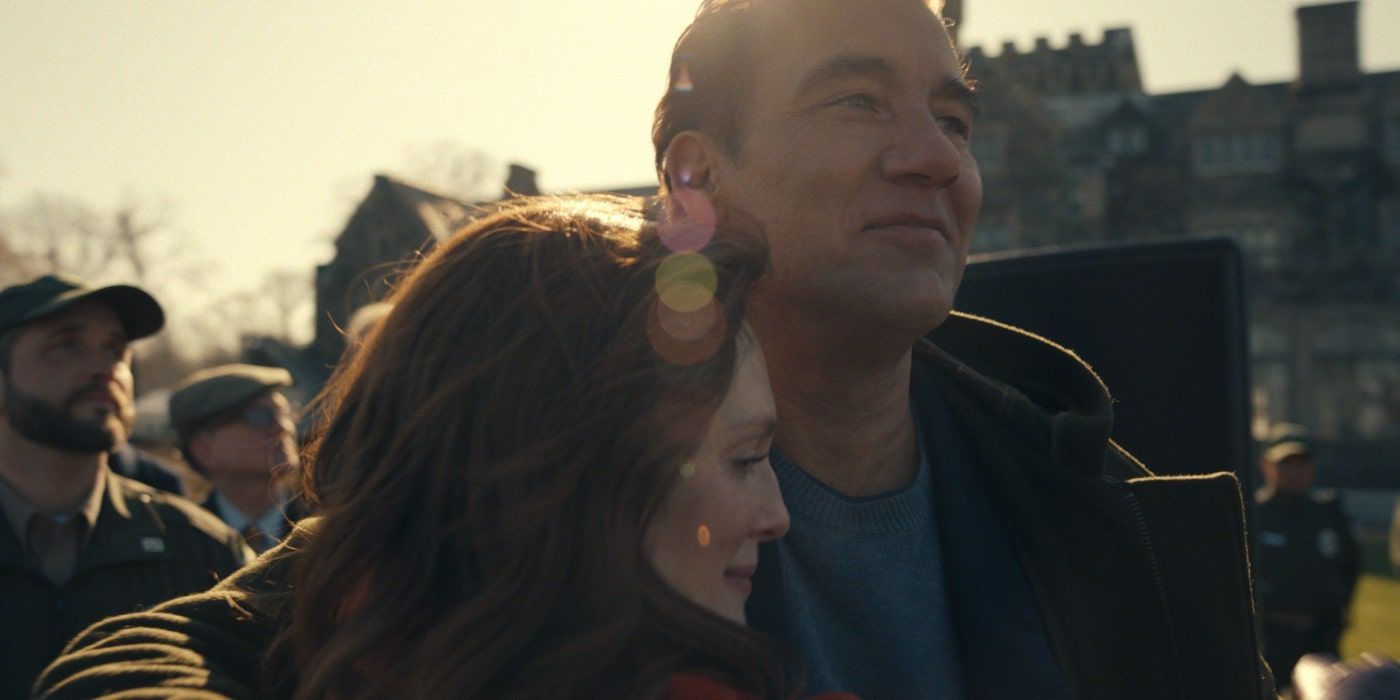 Apple TV+ has now released the trailer for Stephen King’s Lisey’s Story. The upcoming adaptation, which premieres on June 4, will be a limited series consisting of eight episodes. The series, which is based on King’s novel written in 2006 (also titled Lisey’s Story), is directed by Pablo Larraín, who is perhaps best known for directing the 2016 film, Jackie, starring Natalie Portman, and J.J. Abrams serves as the series’ producer.

Julianne Moore stars in the series as the titular character, Lisey Landon. Clive Owen stars as Lisey’s late husband, Scott Landon, a renowned author who also possessed the ability to travel to a parallel dimension. The series takes place two years after Scott’s death and will see Lisey dealing with the grief of losing a husband, Scott’s obsessive fans attempting to get a hold of his unreleased writings, as well as living through painful memories. Jennifer Jason Leigh, Joan Allen, Dane DeHaan, Sung Kang, and Ron Cephas Jones also star in the series. New photos from the series were also revealed last month, providing a first glimpse into what’s ahead.

Now, Apple TV has dropped the trailer for Lisey’s Story ahead of its premiere on the streaming service next month. As the trailer clearly displays, although Scott passed away two years prior, he is still very much present in Lisey’s life. Moore’s Lisey can be heard repeating the question, “was it real or was it my imagination?” in the footage, emphasizing the terror and the struggles to come. The series will premiere its first two episodes on June 4. Following that, new episodes will release on Apple TV+ every Friday. Check out the official trailer for Lisey’s Story below:

King recently spoke in an interview about how Lisey’s Story was heavily inspired by his own marriage to his wife, Tabitha King. He explained that while the story itself is fiction, there are also some autobiographical elements, like his own close-call with death after having a severe case of pneumonia, along with Tabitha’s experience of being married to a famous author and what comes along with that. King is also very involved in the upcoming series adaptation, having written all eight of the episodes himself.

The trailer certainly shows that Lisey’s Story will be packing on the thrills each week. Adapting a legendary author’s work for television and movies is never easy to pull off. There are certainly King adaptations out there that have failed, like 1984’s Firestarter, for example. Hopefully, though, with the solid cast, J.J. Abrams’ production, and the fact that King himself penned the script, Lisey’s Story will be a strong success.