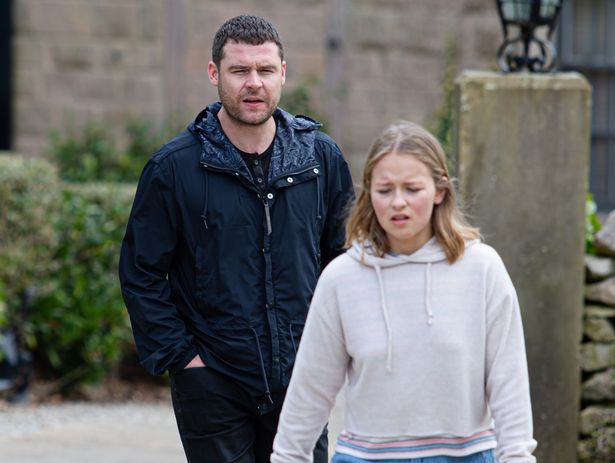 Emmerdale airs troubling scenes for Liv Flaherty next week, as she struggles to conceal her guilt over Paul Ashdale’s death.

The character lied about what happened after the truck crash and resulting explosion, after their violent showdown moments before.

She left Paul in the barn instead of helping him get out, unaware the explosion was about to hit with them both injured.

Liv blames herself for his death believing he would have survived if she’d got him out in time, and she’s turned to drinking in the fallout.

The soap is revisiting the teen’s alcoholism, and next week her family learn she has relapsed and decide to take action.

Do you enjoy reading about the soaps? Sign up for all the best soap news from the Mirror here

Wanting to ease Aaron’s burden, Chas heads to the house to do what she can to help and finds Liv in a state.

She locks the door and shocks Liv when she takes her phone, before putting her under house arrest.

Chas is desperate to get through to troubled Liv, and begs her to stay in the house until she sobers up.

But will she end up making things worse?

Chas believes she may have gotten through to the teen when she speaks to husband Paddy later on, but whether she has remains to be seen.

Emmerdale airs weeknights at 7pm on ITV, with an extra episode on Thursdays at 8pm.