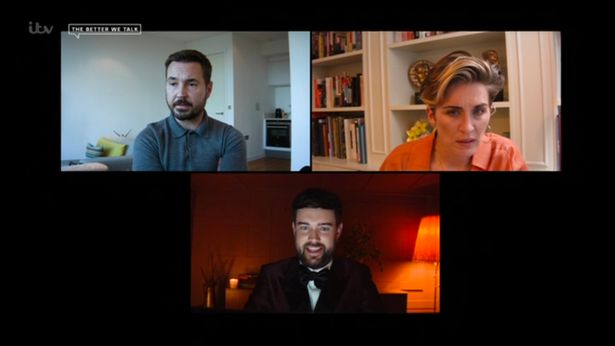 The BRIT Awards 2021 kicked off in the best way possible this evening with a mash-up of the best two parts of the past year – Line of Duty and the iconic Jackie Weaver.

Introducing the first big live event in the UK in over a year, host Jack Whitehall was joined by actors Vicky McClure and Martin Compston over everyone’s favourite platform – zoom.

As Jack called the actors “adorable” the pair, who play Steve Arnott and Kate Fleming in the hit BBC series, used their favourite catch phrase “mate” as they said this “wasn’t working”.

Adopting their on-screen personas, the pair berated Jack – before the icon that is Jackie Weaver interjected and forced the comedian off-screen.

Jackie later commented on her own appearance, writing on Twitter: “Delighted to have been part of the opening of the #brits2021 – make sure you read the standing orders and subscribe to my new podcast @Jackieweaverpod.”

Tonight’s ceremony kicked off with an incredibly glitzy red carpet, with all eyes on Little Mix as they arrived in matching white outfits.

Leigh-Anne Pinnock and Perrie Edwards cradling their bumps as they graced the red carpet at London’s O2 Arena.

*The BRIT Awards is available to rewatch on ITV Hub