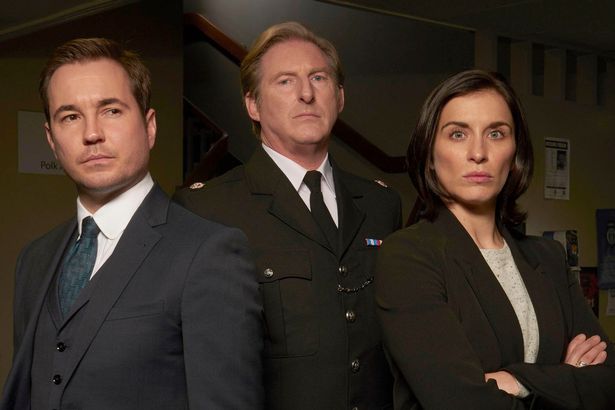 Line Of Duty fans are just days away from what promises to be a very dramatic climax to Series 6 of the hit BBC crime show, which has already been packed full of twists, turns and ‘Jed’ Herrings.

As excitement builds fever pitch, armchair detectives have gone into overdrive trying to hunt for clues as to which cast-member could be unmasked as arch villain ‘H’.

The hunt for the illusive ‘fourth man’ – with links to both the OCG and high ranking police officers – has mystified AC-12 and eager viewers ever since a blinking Dot set the wheels in motion back in Series 4.

With everyone from Ted Hastings to Joanne Davidson a suspect, the reveal during Sunday’s finale promises to be one of the most explosive moments in the shows nine year history.

Among the responses of fans calling the duo ‘Thelma and Louise’ and an ‘iconic power couple’ were others pondering if Kate was teasing herself as ‘H’ with the mention of ‘the letter’.

Kate is currently 20/1 odds to be unmasked as the fourth man with fans speculating on Twitter that it would be Jed Mercrucio’s biggest twist ever by exposing the former AC-12 favourite in such a role.

“I hope H is someone high profile (and not James Nesbitt), or someone completely left-field like Kate Fleming,” mused one.

“Did no one spot Kate Fleming using the word Rat when talking to Steve, only OCG use this word, she is H,” mused a third.

Line Of Duty continues Sunday 9pm on BBC One.