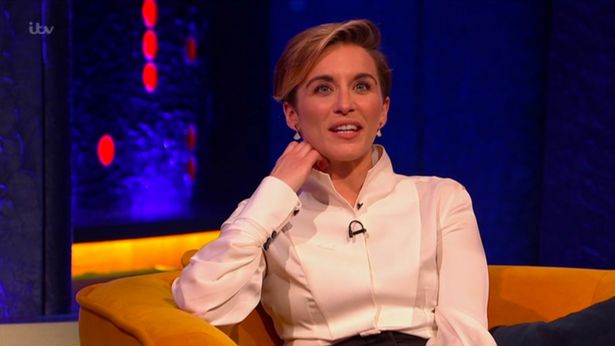 Line of Duty stars Martin Compston and Vicky McClure revealed on The Jonathan Ross show that they have a secret voice they talk to each other in on set.

And the actors admitted their co stars including Adrian Dunbar, who plays Superintendent Ted Hastings, cannot stand the voice.

After much persuasion from host Jonathan, the giggly pair demonstrated the voice they use – much to the amusement of fellow guests Ashley Banjo and Ellie Simmonds.

Jonathan said: “I have read that there is a silly voice you use with each other, and it annoys everyone else after a while but you guys still find it hilarious?”

Another added: “living for Martin and Vicky’s silly voice”.

A third wrote: ” #jonathanross Anyone else think @Vicky_McClure and @martin_compston have the best friendship? Love em but @martin_compston wouldn’t have worn those beige socks mate! @wossy “.

On the Line of Duty fans’ wild theories and predictions about the series six finale on Sunday, Martin revealed some are “pretty close”.

But when Jonathan put to him a theory that Ted Hastings is Steve Arnott’s father, he replied: “It’s not Star Wars!”