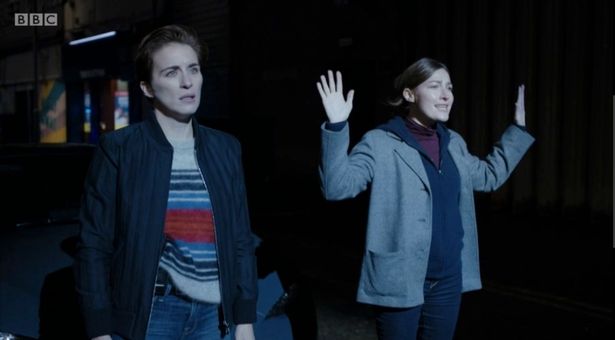 Line of Duty fans were left scratching their heads after spotting an obvious error in Sunday’s episode.

The blunder came as DI Kate Fleming fled from the crime scene of the shootout along with DCI Jo Davidson.

The scene followed last week’s huge cliffhanger in which Kate, played by Vicky McClure, and PC Ryan Pilkington were seen to draw their guns on each other before gunshots were heard as the screen turned black.

After much speculation on social media, viewers discovered that it was dodgy cop Ryan (Gregory Piper) who had been killed as Kate shot him twice in the chest.

But fans have shared their bemusement as to why Kate would flee the scene and make herself look guilty.

One wrote: “Maybe it’s just me – but why did Kate flee the crime scene? She hadn’t done anything wrong! #LineofDuty.”

The actor joked that his character “had it coming” and said: “What an experience. It’s not lost on me how lucky I am.

“Jed Mercurio gave me an absolute gift with Ryan, his scenes and character journey have been the stuff of dreams and I’m so grateful.”

Line of Duty returns to TV next Sunday at 9pm on BBC One.