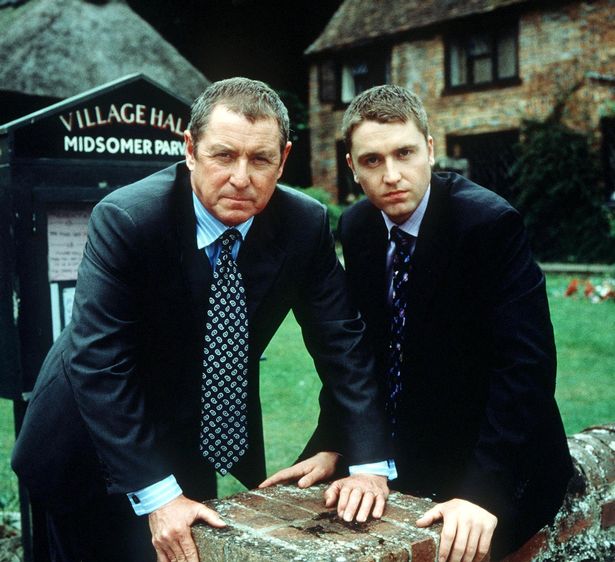 A decade ago, actor Neil Dudgeon made his first appearance as DCI John Barnaby in the gentle TV crime drama Midsomer Murders.

He took over from John Nettles, who had played his character’s cousin DCI Tom Barnaby for 13 years.

Neil, 60, knew it was a risk asking fans to take a new detective to their hearts.

But it is one that has paid off as, a decade on, he is still busy solving bizarre murders such as death by chocolate or a wheel of cheese.

To celebrate his 10th anniversary as Barnaby, Neil talks us through his Midsomer highlights…

Tune in to ITV at 8pm tomorrow.

“One of my personal favourites was a man who was smeared in truffle oil, tied to a tree and eaten alive by a wild boar. Then there was the man who fell off the battlements of his castle when he spotted a headless horseman in his courtyard.

“Then there was when the lovely Martine McCutcheon got battered over the head with a wheel of cheese.”