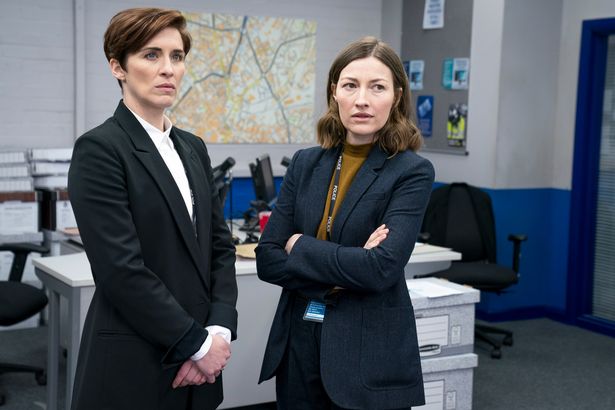 The writer of Line of Duty was yesterday forced to defend his decision to have Superintendent Ted Hastings refer to a suspect with Down’s Syndrome as “the local oddball” – on World Down Syndrome Day.

Many viewers reacted with dismay when Ted, played by Adrian Dunbar, made the comment about Terry Boyle, a character familiar to long-term fans from a previous series.

But writer Jed Mercurio said the statement, which aired in Sunday’s opening episode, was a direct quote from Barry George, the man convicted and later acquitted of the murder of Jill Dando, and was intended to portray “policing with some of its failings”.

Despite the furore over Ted’s choice of words, the launch of the drama’s sixth series pulled in the biggest audience in the show’s history, with 9.6million viewers tuning in. The huge ratings were 500,000 ahead of the 9.1million who watched the finale of series 5, which was at the time a record for the show.

In the show Terry is played by Tommy Jessop, previously seen in series one as being used and manipulated by an Organised Crime Group, who stored the body of a woman in a freezer which now seems to be missing from his flat.

Actor Jessop, 36, has also appeared in BBC film Coming Down the Mountain and Holby City.

He suggested some police officers would use terms that were “way, way worse” and said his reason for using it was because it was “a reference to a real case of police mishandling of a vulnerable suspect”.

A BBC spokesman pointed out that Hastings may not have known the nature of Boyle’s learning difficulties at the time he made the comment. “‘Ted Hastings has never met Terry Boyle. In the scene, he is reviewing the evidence against the character.

“The word used in dialogue refers to an eccentric or loner, which fits the stalker/obsessed fan theory of Gail Vella’s murder. The dialogue has no meaning or connotation that relates to the character’s disability.”

The show continues on Sunday at 9pm.