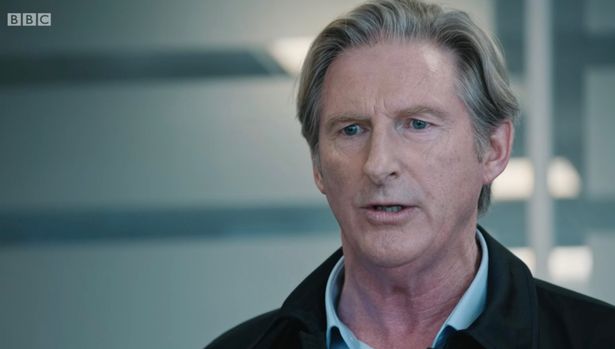 Line of Duty’s sixth series concluded on Sunday, with H unmasked at last, and many burning questions that have been eating away at viewers were answered – though not all of them.

H was unveiled as DCI Ian Buckells, who admitted he was taking orders from the OCG, and was the “fourth man” after DI Matthew ‘Dot’ Cottan, Senior Legal Counsel Gill Biggeloe, and ACC Derek Hilton were revealed to be the other three in charge.

Buckells admitted he passed on orders from the OCG, and boasted that he had “made mugs” of the OCG all along.

Jo Davidson found out that Tommy Hunter, the leader of the OCG, was both her father and her uncle – and he had groomed her to be a mole in the police, and she was devastated when she found out the truth about her family after believing Patrick Fairbank was her father.

Darren Hunter, who is the son of Tommy, was seen imprisoned for the murder of Lawrence Christopher, while Marcus Thulwell was confirmed as dead after all, following fan predictions he was still alive, as James Nesbitt played him and was bizarrely only seen in one photograph.

However, who killed them and why is as yet a mystery, which could be answered in a series seven – if one materialises – otherwise it may have simply been one of Mercurio’s famous “Jed Herrings”.

And with Steve Arnott admitting his issue with addiction to painkillers, viewers may have been relieved to learn he was given professional help, told to surrender his firearm license for the time being, and go under medical review.

And while AC-12’s powers were described as “now weaker than ever” the unit has not been disbanded, and may continue to fight corruption, perhaps in series seven.

* Line of Duty is available to watch on BBC iPlayer