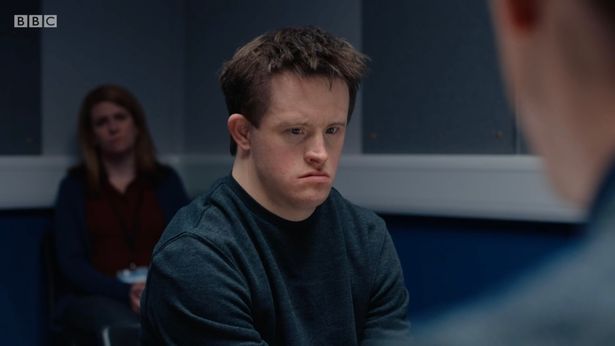 Line of Duty was hit with more than 300 complaints after a character with Down’s Syndrome was referred to as “the local odd ball”.

The BBC crime drama is back for a sixth season, but the first episode sparked a row over the scene which aired on March 21 – World Down Syndrome Day.

It sparked outrage on Twitter and a flurry of complaints to the BBC, with the organisation revealing 323 were received stating viewers were “unhappy that a character with Down’s Syndrome was referred to as the ‘local odd ball’.”

In the scene, Superintendent Ted Hastings (played by Adrian Dunbar) made the comment about Terry Boyle (played by Tommy Jessop), a character caught up in the murder investigation into the death of journalist Gail Vella.

Hastings was talking about another suspect, Carl Banks, and said: “He’s much more likely to be the gun man than the local odd ball.”

A BBC spokesman pointed out Hastings may not have been aware of the nature of Boyle’s learning difficulties at the time he made the comment. “Ted Hastings has never met Terry Boyle. In the scene, he is reviewing the evidence against the character.

“The word used in dialogue refers to an eccentric or loner, which fits the stalker/obsessed fan theory of Gail Vella’s murder.

“The dialogue has no meaning or connotation that relates to the character’s disability.”

Line of Duty continues on Sunday at 9pm on BBC One.