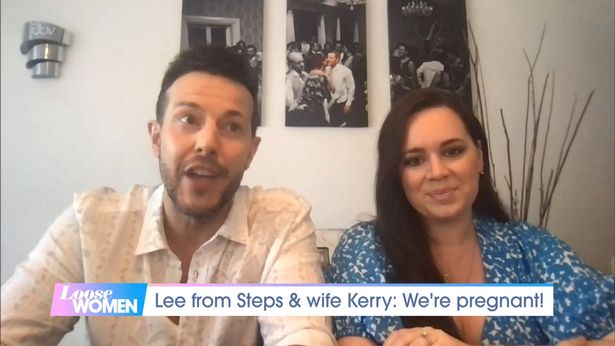 Kerry, who suffered a miscarriage in 2019, said: “I actually had to do three tests to convince Lee that it was positive. The first one it was a faint line.”

Kerry continued: “His eyesight isn’t the best, bless him, and I said I think I am pregnant, and he said, ‘No, no, no. I woke up the next morning at 4am and I did another one.”

Lee said: “The first one was a very faint blue line. For whatever reason I still didn’t believe it so the next day Kerry did the third test and it was a digital one that said ‘pregnant’ and I couldn’t argue with that one.”

“My dad has been so happy for us, but it’s been heartbreaking,” she said.

Lee said: “We had four months of hell, for all that to happen, two parents, a pet and a baby all within four months, it was a horrific time, and since then we have been trying and trying.

“It brought us closer together,” he added.