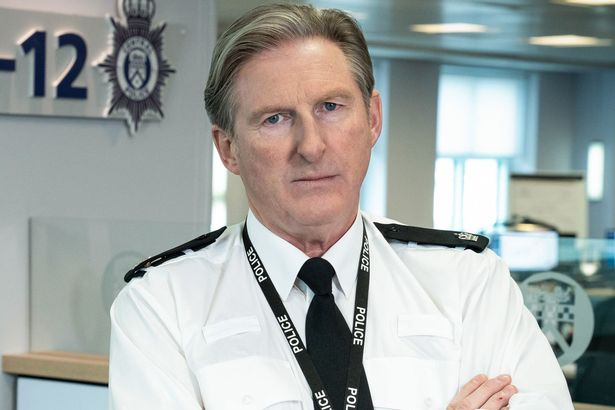 Line of Duty’s huge series six finale is just days away – as, it would appear, is the truth about the mystery ‘H’.

Viewers have been waiting for what feels like forever to unravel the mystery of The Fourth Man, AKA the final ‘H’.

The mystery corrupt officer linked to all things OCG is tipped to be exposed on Sunday, with the three other names already revealed across recent series.

Dot Cottan’s dying declaration as The Caddy is what alerted AC-12 and viewers to this mystery, after they worked out he was communicating via Morse Code.

Amid theories that this might never have been correct, hopefully Sunday will supply the answers we need.

Taking to Twitter, one fan explained: “Also, how crazy it is to think we were shown two series ago that Ted wasn’t the ‘H’ to whom Dot was referring: he didn’t blink on ‘A’ when Kate started going through the alphabet for the second letter.”

Another agreed: “Did they not notice that Dot did not blink twice when asked about the letter A during his dying declaration. Would’ve saved a lot of time. H-A…stings.”

A third agreed: “Urgh. Dot’s confession ruled out Hastings because he didn’t blink for the second letter (A) in HAstings. That was never pointed out.”

But could this really be enough to rule out Hastings as the final H, or is it all a red herring? Viewers will have to tune in on Sunday!

Line of Duty series six concludes Sunday at 9pm on BBC One.