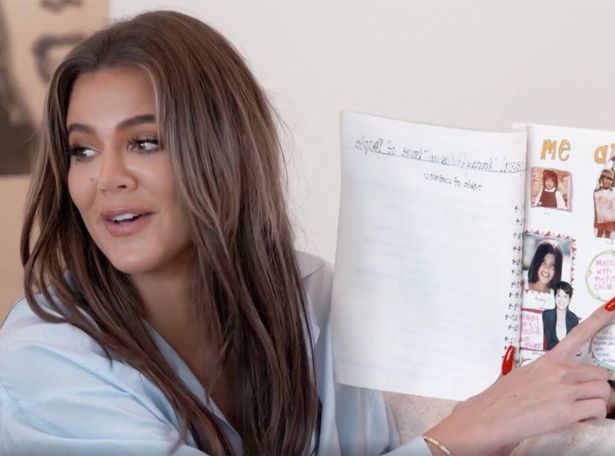 Khloe Kardashian has confessed she wants the family to create their own special time capsule as a way to remember their hit reality tv show.

Keeping Up With The Kardashians will finally come to an end after 14 years and 20 seasons and the 36-year-old thinks the Kardashian-Jenner clan should do something special to mark the finale.

In the latest episode of the show, Khloe reveals her inspiration behind the idea.

She shows an old school project of sister Kourtney Kardashian, 42, in which the eldest Kardashian sister had created a mock People Magazine cover.

On it, she “shared” her landmark memories from being a kid to what she was going to look like after having plastic surgery.

The show has been a mainstay since it’s first episode aired in 2007.

It has watched the famous brood and their own families grow throughout the years but will come to an end when the current season finishes.

They will then be creating a separate show on Hulu and Kris Jenner shared a “spoiler” last month on what fans can expect from the new series.

In the Disney Upfronts presentation, Just Jared report, the momager said: “In the new show, you’ll see us evolving as a family, fans want us to be who we are and since moment one, they’ve been emotionally invested in our show just like we are.”

She went on to tease: “I can’t say much about what’s coming but spoiler, we’re going to look fabulous and everyone’s going to watch.”