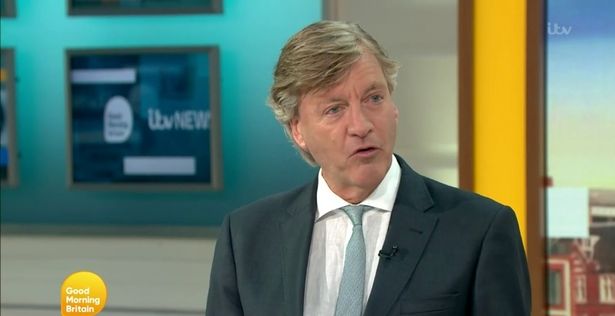 The telly host slammed the system ahead of an update, where the green, amber and red list countries are thought to be changing.

It’s reported green-list country Portugal could be taken off amid a rise in cases, while Malta could be added on.

Prime Minister Boris Johnson is set to announce the changes later on Thursday, amid concern from holidaymakers and those who have booked international trips that they may have to cancel or return early to avoid quarantining.

Ahead of any update, Richard confessed he had “lost complete faith” in the government’s system and din’t see the point in it.

Hilary advised: “I suppose it’s what’s legal to do and what isn’t legal to do. There’s a big difference there. I think that’s the only reason for having any kind of rules and regulations.

“People are concerned, ‘they can go at the moment but we advise against it’ so they’re giving people some type of freedom but it’s not helping everyone else.”