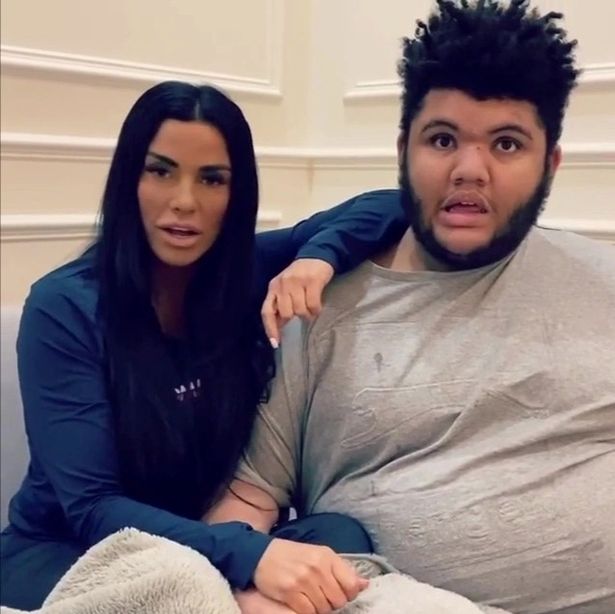 Katie Price’s daughter Bunny has spoken out about what happens when her brother Harvey loses his temper in the house.

The six-year-old said that she “runs away” when Harvey, 18, gets upset and starts smashing up the house.

The candid moment was filmed as part of the BBC documentary, Katie Price : Harvey and Me, in which the former glamour model shares an insight into the life of her son, who is partially blind, had autism and genetic condition ­Prader-Willi Syndrome.

Bunny spoke of the moments when Harvey would “kick off” and pointed to holes in the wall that had been put there during his temper tantrums.

After being asked what it is like living with Harvey, Bunny said: “He’s nice. Sometimes he does kick off.

“He smashes stuff in the wall, like that crack over there.”

Katie continued to say that it is what she doesn’t see which is the major issue.

She added: “It’s not what he eats in the day, it’s what he eats when I don’t see him. I’ve tried hiding food but he’ll find it.

“You can’t leave food or leftovers on the side or he’ll eat it, and he’s really quick too.

“He even eats in his sleep. He’ll walk downstairs and eat whatever he can find. We’ve even found him rummaging through friends’ bags for food.”