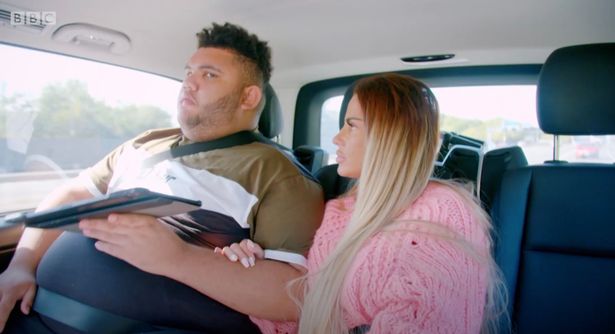 Harvey Price has been left with scars from self-harming – and mum Katie Price fears for his future.

While his violent outbursts have been well-documented, Katie reveals the heartbreaking reason that her son causes harm to himself when she is not around in new BBC documentary Katie Price: Harvey and Me.

Due to his combination of conditions, there’s no other adult case in the UK like Harvey Price.

Harvey was born with Septo-Optic Dysplasia, a rare disorder that affects brain function, hormones and vision, and affects 1 in 10,000 births.

He also has Prader-Willi syndrome, is autistic, has the cognitive understanding of close to a seven-year-old and complex hormone issues.

As Harvey moves into unchartered territory, Katie discovers what is at stake if she makes the wrong decision over his future.

In the final moments of the programme, Harvey is seen making his own bed and chopping up vegetables as he shows how independent he can be.

“Out of all of this by meeting all the other parents it does make me realise as much as you smother all the kids and you want them all the time sometimes you have to let them go,” admits Katie.

“Give them that bit of space to go and explore.

“With Harvey the future is unpredictable but I’ll make sure he’s in a place where he thrives on happiness, excitement, joy and looks forward to waking up.”

*Katie Price: Harvey and Me airs Monday on BBC One at 8.30pm