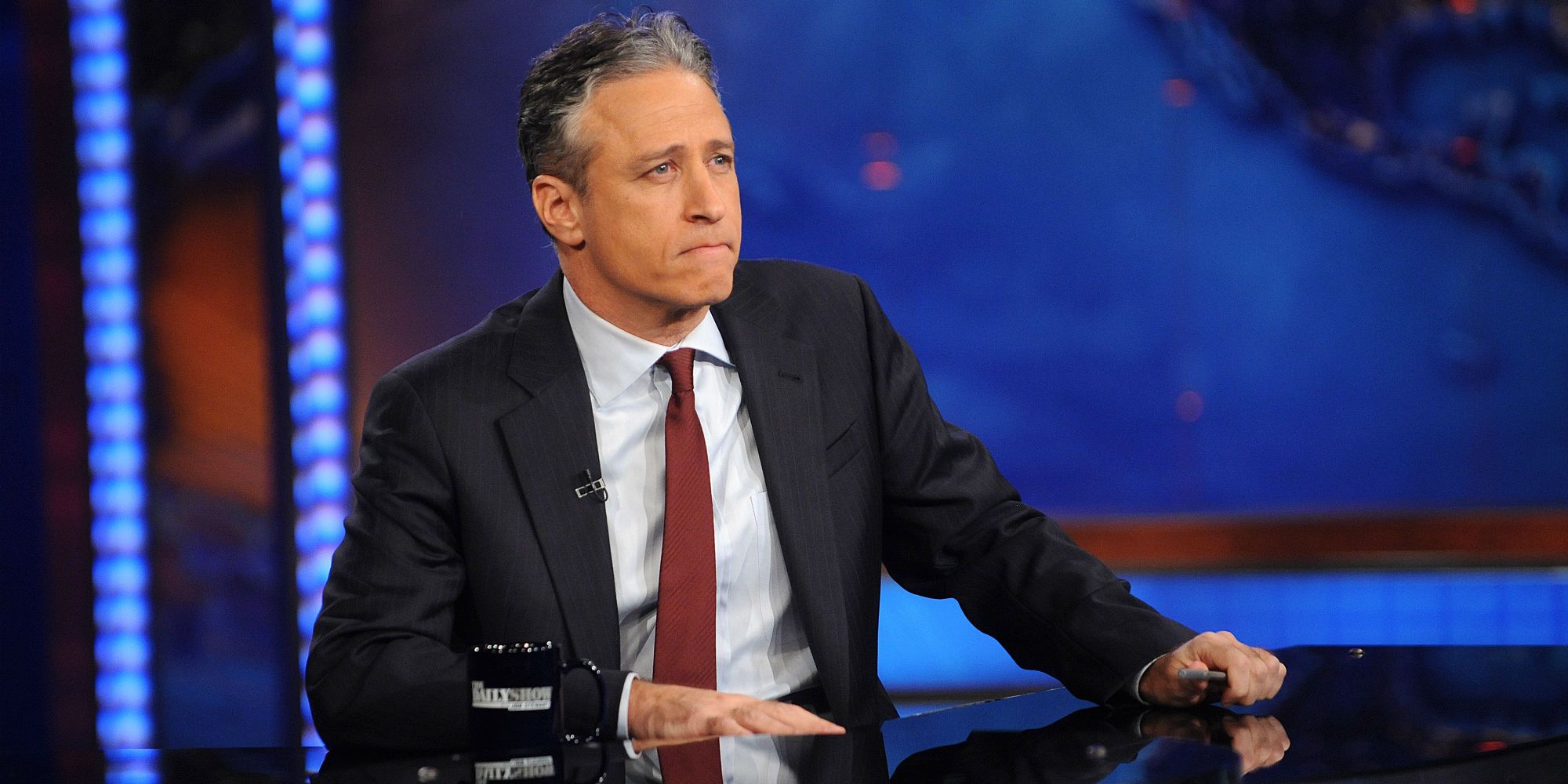 Jon Stewart finally returns to television in his debut series on Apple TV+. Stewart is an American comedian and political commentator. He is known for his stint hosting The Daily Show on Comedy Central. During Stewart’s run on The Daily Show, the series took home over 20 Emmy Awards – including the award for Outstanding Variety Talk Series. When Stewart left the show in 2015, he was succeeded by Trevor Noah, who remains the current host of The Daily Show.

Stewart is also the founder of Busboy Productions, which was created in the mid-1990s when Stewart was hosting The Jon Stewart Show on MTV. In 2005, Busboy reached a first-look agreement with Comedy Central that allowed Stewart and his production company to shop projects around to different networks if Comedy Central were to pass up on them. Busboy Productions achieved their first television success in 2007 with The Colbert Report on Comedy Central, starring late-night talk show host, Stephen Colbert. When Colbert left the show in 2014, Busboy then produced its successor show, The Nightly Show With Larry Wilmore, which aired directly after The Daily Show.

In Fall 2021, Stewart will make his long-awaited return to the small screen in The Problem With Jon Stewart, streaming exclusively on Apple TV+. Apple confirmed in an April press release:

The Problem with Jon Stewart is a multiple season, one-hour, single-issue series which will explore topics that are currently part of the national conversation and his advocacy work. Each season of the series will be further explored in a companion podcast to continue the discussion.

This project will be the first in Stewart’s partnership with Apple TV+, contracted to last for multiple years. Additionally, Apple TV+ and Stewart’s Busboy Productions have reached a first-look deal on developing projects to produce for the streaming service. The Problem With Jon Stewart will be executive produced by Stewart himself, Brinda Adhikari, James Dixon, and Richard Plepler, the former CEO of HBO who recently signed a five-year deal with Apple TV+ through his own production company, EDEN Productions.

While Stewart’s partnership is one of many first-look deals that Apple TV+ has landed, his project will be one of the first to cover an important sector of programming that Apple TV+ has been missing – the news. The Problem With Jon Stewart will bring Stewart’s political satire to the forefront of television and keep viewers engaged with current events in the world. By focusing on one issue per episode, Stewart will dive deeper into topics often brushed over on network news. This show is also likely to evoke nostalgia amongst older viewers who may not subscribe to Apple TV+ yet, but miss watching The Daily Show With Jon Stewart.

Apple TV+’s subscriber base is nowhere near the size of other streaming services’; Disney+, which launched in the same month as Apple TV+, boasts over 100 million subscribers, while Apple TV+ barely reached 40 million after its first year. However, what Apple TV+ lacks in subscribers, it makes up for in name recognition. Apple TV+ has struck deals with big Hollywood names like Martin Scorsese, Idris Elba, and Oprah Winfrey, and Jon Stewart is no different. Stewart’s worldwide recognition as a political satirist and news commentator can secure Apple TV+ a new demographic of subscribers. Especially in light of the 2020 Presidential Election results, viewers are likely to anticipate Stewart’s response to topical events. The Problem With Jon Stewart is set to make a splash as the first collaboration between Busboy and Productions and Apple TV+.