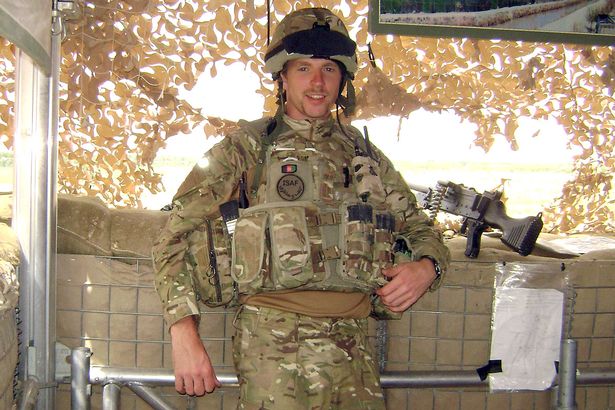 Strictly star JJ Chalmers has revealed that ‘should be in a box in the ground’ after injuries he sustained in Afghanistan.

The 33-year-old TV presenter is now a contestant on Strictly Come Dancing but he has such an inspiring story from his past as a veteran in the Royal Marines.

Speaking to The Sun, JJ spoke about his experience being injured when one of his fellow Royal Marine stepped on an explosive device in Helmand, Afghanistan.

His colleagues Marine Sam Alexander and Lt Ollie Augustin, and an Afghan interpreter were killed, while he suffered from two lost fingers, a disintegrated right elbow, a crushed eye socket, and burst eardrums.

JJ recalled: “I remember in one of my earliest physio sessions being asked to stand on my tiptoes and I was so weak that I couldn’t even do that.

“At that point you really do begin to question yourself and the first time I looked at myself in a mirror head to toe, I was shocked at the damage that had been done to my body.”

He added: “There are broken bones held together by metal and the goodwill of surgeons, essentially!

“If it hits the ground in the wrong way, the consequences could be catastrophic.”

We are hoping for the very best for JJ as he embraces the world of dance!

Strictly Come Dancing airs on Saturday night at 7.25pm on BBC One.

Will you be voting for JJ on Strictly Come Dancing? Let us know in the comments below.