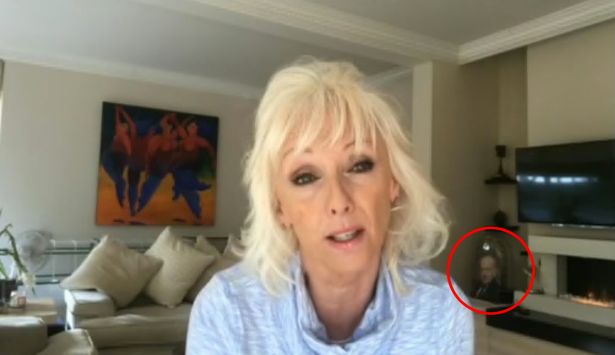 Debbie McGee has responded after The One Show viewers were convinced she had her late husband Paul Daniels’ “head in a jar” behind her during her interview.

Fans were baffled as Debbie read out a good luck message to her friend Caroline Quentin ahead of her Strictly debut.

What looked like the head of Paul, who Debbie worked for as his magician’s assistant, was behind her in a strange jar.

Debbie has now confirmed it was actually just picture of Paul front of an antique mechanical toy inside a glass dome.

A third added: ” #theoneshow did Debbie McGee have Paul Daniels head in a terrarium?”

Debbie worked as Paul’s magical assistant until his death in 2016 from a brain tumour.

She gushed: “Hi Caroline, it’s me, the lovely Debbie McGee, i am just hear to wish you loads of luck for Saturday night, I am sure you will have a ball.

“And I don’t mind losing my title of the lovely Debbie McGee, because as soon as everybody gets to know you and your lovely naturally funny personality, you will be the lovely Caroline Quentin!”