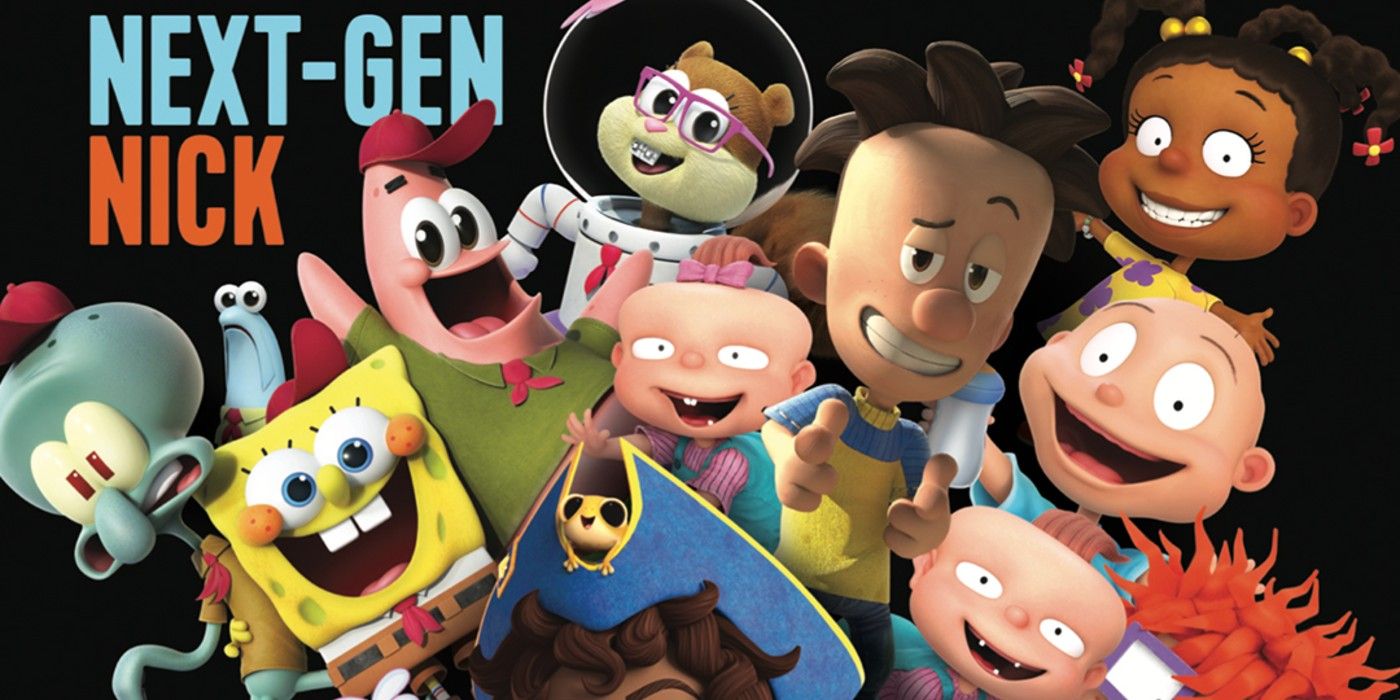 Nickelodeon’s new “Next-Gen” animation poster gives viewers a sneak peek at what their favorite Rugrats characters will look like in the 2021 reboot. Rugrats initially aired on Nickelodeon in 1991 and ran for 9 seasons, becoming one of Nickelodeon’s most well-known animated series. The show captured the world from a baby’s perspective. Rugrats followed the plucky crew of Tommy Pickles (E. G. Daily), Chuckie Finster (Nancy Cartwright), and Phil and Lil DeVille (Kath Soucie) on adventures that Tommy’s cousin, Angelica Pickles (Cheryl Chase), attempted to foil. The success of the animated series led to spin-offs All Grown Up, Rugrats Pre-School Daze, and Rugrats: Tales From the Crib.

In 2018, Nickelodeon announced that there would be a Rugrats animated reboot and live-action movie featuring CGI characters. The movie was initially slated to be released on November 13, 2020, but has since been postponed to 2021. The TV reboot is set to air sometime in 2021. Nickelodeon has ordered a 26-episode season which is currently in the works. Cartwright, Melanie Chartoff, and Chase have all confirmed that they have returned to voice Chuckie, Didi Pickles, and Angelica respectively. The original creators, Arlene Klasky, Gábor Csupó, and Paul Germain have returned as executive producers.

Rotten Tomatoes tweeted a poster of Nickelodeon’s “Next Generation” of animation and connected it to the confirmed Rugrats reboot set to premiere in 2021. The poster reveals the new CGI-animated looks for Tommy, Chuckie, Susie, Phil, and Lil. Additionally, the poster gives viewers a sneak peek of the characters from upcoming series including Kamp Koral: Spongebob’s Under Years, The Tiny Chef Show, Middlemost Post, Baby Shark’s Big Show, and more.

In response to the tweet, many fans expressed displeasure about the new CGI look on the Rugrats. Many prefer the old-school style animation of the show that was so vital to its tone. The animation itself was almost a character and changing it shows Nickelodeon might be willing to take other drastic liberties with the revival. Some complained that reviving the show might be messing with a good thing. Others wondered why Angelica isn’t on the poster as she was such an important character in the original series.

Rugrats was a gem in its time. The show was clever, the characters were hilarious, and it was a show that parents enjoyed watching as well as children. However, the solution to giving kids today the same experience is not simply giving them new versions of the same shows from previous generations. Rather, the solution is to give original concepts for new shows a chance to prove themselves and create their own legacies, much like Rugrats did during its time. Leaving the successes of the past in the past and move forward with new series will create a new era of iconic cartoons. For fans who are craving the original Rugrats, it can be streamed on Hulu.