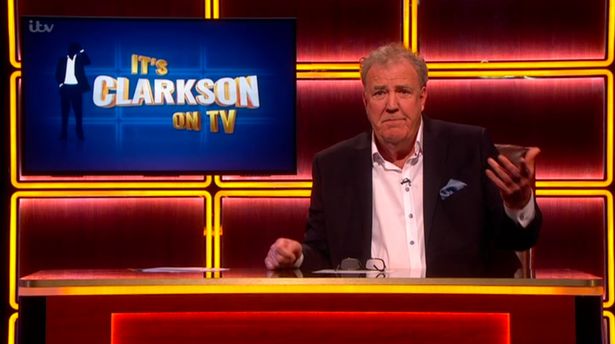 Jeremy Clarkson did not waste any time in talking about Meghan Markle as he launched his new ITV show on Saturday night.

It’s Clarkson on TV saw the 60-year-old “unpick popular TV events and unearths wonderful hidden gems, with an eye for detail and a rogue sense of humour”.

Jeremy introduced the clip by saying: “Meghan Markle was interviewed by Oprah Winfrey… there was a moment where Meghan Markle seemed – how can I put this politely – break wind.”

While another commented: “@JeremyClarkson although I am indeed laughing at you new it’s Clarkson on TV. With such up to date jokes during covid the canned laughter workmanship is awful sounds like sold out Wembley #ClarksonOnTV.”

A third questioned: “Did @ITV have a surplus canned laughter budget to use up on #clarksonontv.”