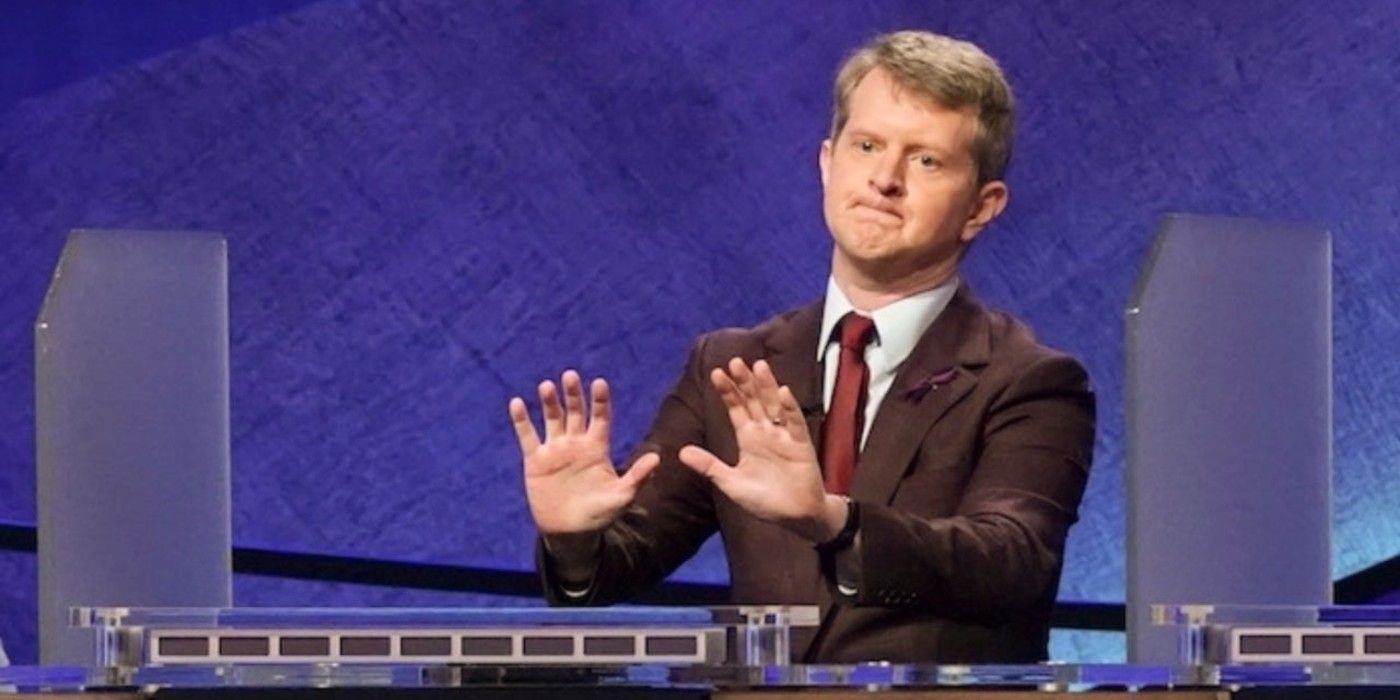 Interim Jeopardy! host Ken Jennings has apologized for old offensive tweets. As it stands, Jennings, who holds the record for the longest winning streak on Jeopardy!, won over $2.5 million in his original 74-game run in 2004. Earlier this year, Jennings, sports gambler James Holzhauer, and Brad Rutter faced off in the special event Jeopardy!: The Greatest of All Time. After four nights of fierce competition, Jennings snagged the $1 million prize and emerged the victor of the tournament.

In September, Jennings joined the new season of Jeopardy! as a consulting producer, leading many to wonder if he was being primed to take over for Alex Trebek as the show’s host. On November 8, Trebek passed away peacefully at the age of 80. Following the passing of the iconic game show host, Jeopardy! revealed that Jennings would fill in for Trebek as the interim host of Jeopardy!. However, shortly after the announcement, Jennings was faced with backlash after a past ableist statement resurfaced. Posted in 2014, Jennings’ tweet read, “Nothing sadder than a hot person in a wheelchair.” Now it appears Jennings is addressing the tweet once again.

Jennings took to Twitter to apologize for “every failed joke” and offensive tweets he has ever posted. Issued on the heels of his January 11 debut as the guest host of Jeopardy!, Jennings’ latest post was a formal apology, which can be read below:

Citing the offensive statement as a joke, Jennings never deleted the 2014 tweet, and his statement “I did apologize personally to angry/hurt people who reached out personally” issued in 2018 was met with mixed reactions. Indeed, Jennings hastily assured his followers that his reasoning for not deleting the controversial posts was so they could serve as examples to learn from. However, not deleting the tweet from 2014, nor specifically addressing the ableist statement in his recent post, could make his apology appear hollow and belated.

As it stands, Jennings is still expected to serve as the guest host of Jeopardy! after Trebek’s emotional and final episodes air next week. Closing out his issued apology with “If 2020 has taught us anything, it’s that we should be kinder to one another.”, Jennings appears to have his work cut out for him in terms of repairing the damages his offensive tweets have caused. Of course, the game show continues to honor Trebek’s legacy, and it’s still unclear who will permanently fill his large shoes as the future host of Jeopardy!.