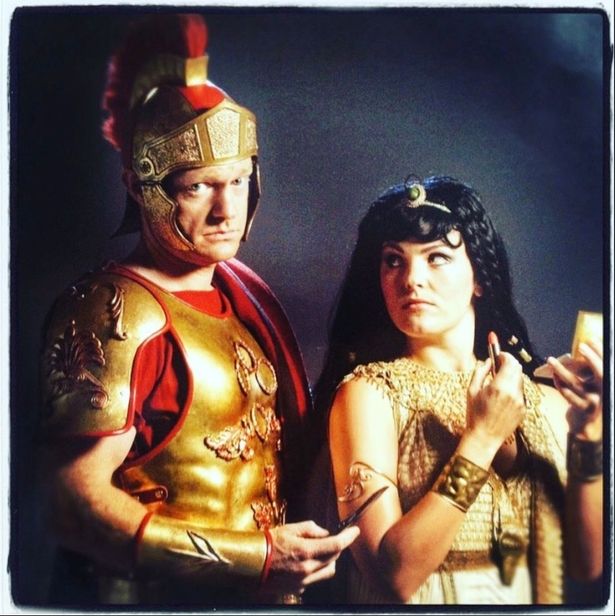 EastEnders star Jake Wood has shared a strange snap with onscreen wife Jo Joyner as he wished her a happy birthday.

Jake and Jo played Max and Tanya Branning on the soap from 2006 before a dramatic falling out storyline.

Jake, 48, took to social media on Monday to share a throwback of him and 44-year-old Jo dressed up in an Egyptian get up.

Jake seemingly was a guard while Jo portrayed Egyptian ruler Cleopatra, including her long black hair.

As she gazes at Jake in his full armoured battle gear, including gold armour and a fur-trimmed helmet, the actor stares at the camera with a not-so-tough glance.

His appearance shocked fans as he sported a huge bushy beard and he wrote: “Great bumping into my previous work mucker this week. So it turns out there is life outside the Square.”

Tamzin followed up his message by saying: “Definitely lots of life outside of and beyond the Square!! So good to catch up xx”

The pair had a brief onscreen fling as scheming Mel and womaniser Max kissed as part of Mel’s long-term plan to discredit his brother Jack.