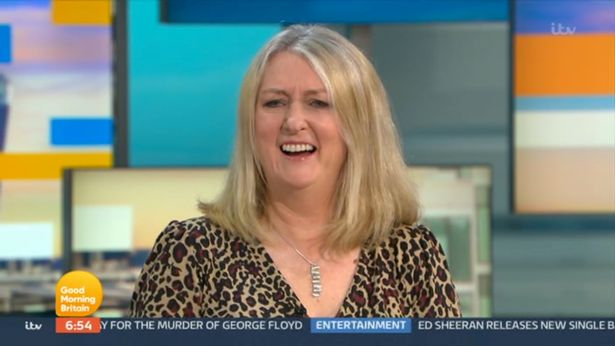 Jacqui Smith has joked that Strictly Come Dancing star Anton du Beke made his move from a professional in the competition to a judge, because of her.

Anton, 54, was confirmed to be replacing judge Bruno Tonioli for the upcoming series.

The former Home Secretary was paired with Anton for the 2020 series of Strictly, where she was the first to be eliminated, and the series was eventually won by Bill Bailey and Oti Mabuse.

Jacqui, 58, was speaking on Good Morning Britain with Ben Shephard and Kate Garraway on Friday.

Ben said: “Of course, Jacqui will forever be the last person who danced with Anton du Beke, you broke Anton du Beke so dramatically…”

He went on: “It’s so wonderful. I can’t tell you how it feels to be asked to do it. I love the show… as everybody knows … I absolutely love the show.”

The TV favourite recognised that he has first-hand knowledge of what is like to perform on the Strictly dance floor for the judges which he can bring to his new role.

He said he knows what is “going on in their heads and doing what they have been through”.

On his own experience, he said: “As a judge, I will take that into consideration and judge accordingly.”

When asked what kind of judge viewers can expect Anton to be he said: “I know that everyone is trying their best. I shall be kind but I shall want it to be great as all the judges do.”

He later added: “As I said I think I’m going to be a kinder judge. I shan’t be gushing about everybody.

“I’m expecting them to dance well, as they’d want to dance, but I shall be understanding and try to show a bit of positivity.”