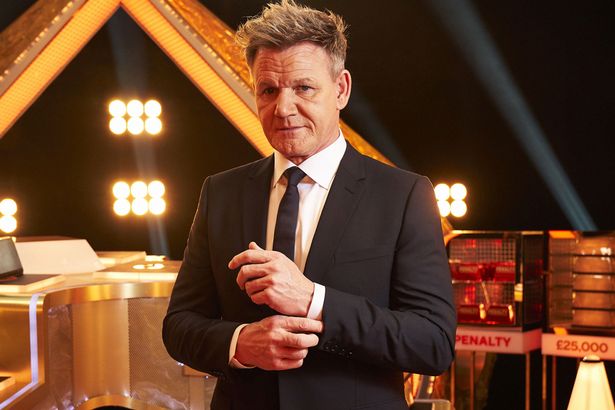 It’s not very often you get to offer thanks for a celebrity with a rampaging ego, so here goes.

Ol’ big head chef Gordon Ramsay did us a favour by plastering his name all over BBC1’s new gameshow Gordon Ramsay’s Bank Balance.

Now we can all have fun completing the sentence.

As in, Gordon Ramsay’s bank balance was already healthy enough so why didn’t the BBC give this show to a competent gameshow host instead?

Or this one, just in: If the initial ratings are anything to go by, Gordon Ramsay’s bank balance is unlikely to be boosted further by a second series of Gordon Ramsay’s Bank Balance.

The BBC must take some of the blame.

Ramsay may be good at bouncing up and down on his feet but he’s not so great at thinking on them.

The only time he looked truly comfortable was when he was slagging off his showbiz pals Gino D’Acampo and Fred Sirieix.

Which reminds me. There was one good thing about this programme.

It will massively improve Gino and Fred’s banter balance ahead of their next road trip.