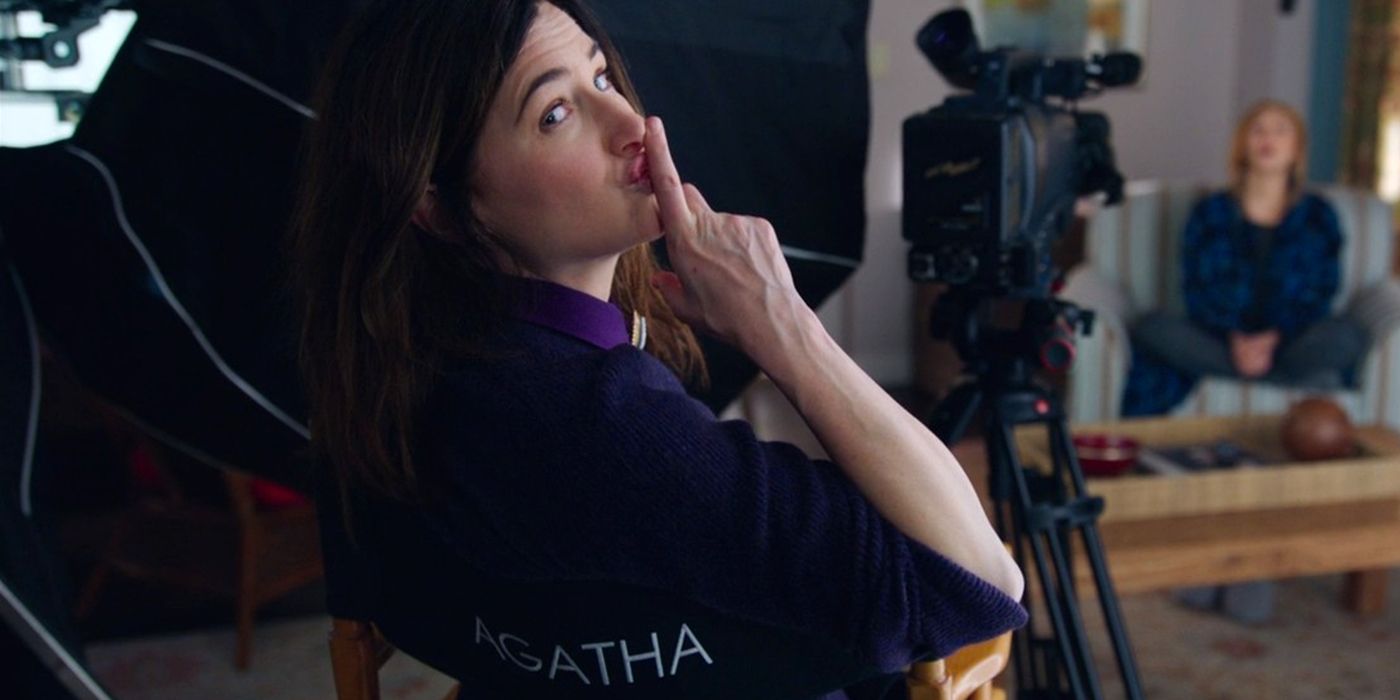 The Avengers are enjoying WandaVision‘s “Agatha All Along” as much as the public has been since it’s released last week in a new fan-made video. Due to its sitcom influences, the Marvel Studios series has been rolling out theme songs every week written by Oscar winners Kristen Anderson-Lopez and Robert Lopez. But instead of coming out with another intro theme in episode 7, “Breaking The Fourth Wall,” it also rolled out a new song dedicated to its main villain, Agnes aka. Agatha Harkness.

Since it was released, “Agatha All Along” has quickly become a fan-favorite. Its full audio version was released on Spotify and even before that, remixes of the song have made the rounds online. To capitalize on its popularity, Marvel Studios also opened up about how the whole montage was filmed which reveals WandaVision‘s biggest twist thus far: that Agnes has been a primary force behind the Maximoff Anomaly.

In light of its ongoing success, Twitter user with the handle slaterfest98 took “Agatha All Along” fan-content to a new level with a mash-up video of all the Avengers stars dancing to the song. The clips used are from various movies in the MCU like Black Panther, Thor: Ragnarok, Avengers: Infinity War, and Captain Marvel among others. It also includes other footage of the actors grooving in interviews and other settings. Watch it below:

As a cheerful song, “Agatha All Along” somehow lightens up the mood of what may very well be one of the creepiest scenes in WandaVision. As Scarlet Witch descended to Agnes’ basement, she discovers her dungeon and before she can even process what’s happening, her overly-friendly neighbor came locked the two of them in. It’s curious what’s going to happen next in the show since episode 7 ended with the release of the aforementioned song, but the general assumption now is that Agnes is the story’s primary antagonist. Of course, that can all change with WandaVision still having two episodes left.

What’s great about the success of “Agatha All Along” is that for years, Marvel Studios’ music has been lackluster. The franchise is obviously thriving with box office records left and right, but among its most glaring flaws is the lack of a recognizable theme like Star Wars does. Fortunately, they seem to be rectifying this issue in recent years with Avengers: Infinity War and Avengers: Endgame heavily using the Avengers theme. Meanwhile, heroes’ respective themes are being used more consistently as well and now, even a villain has her own song thanks to WandaVision.