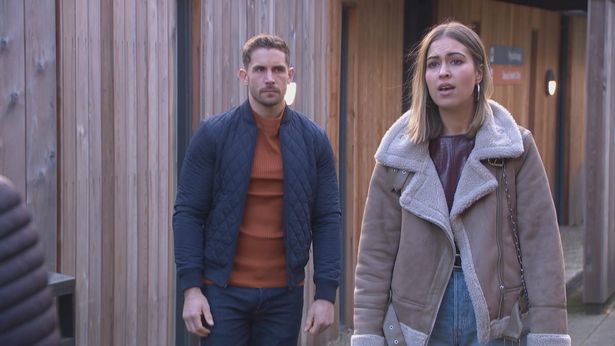 Hollyoaks fans were reeling when Summer Ranger shot Sienna Blake this week, leaving her fighting for her life.

But it seems the drama is far from over, as Summer has unfinished business after missing her planned target.

After learning her new boyfriend Brody, Sienna’s ex, was involved in the attack and later death of her father Cormac she wanted to kill him.

She’d learned Brody was with Warren and Felix during the attack that left him in a coma, leaving her horrified.

After her dad died, she heard Sienna and Brody almost boasting about him being dead – and when she found a gun, she headed off to shoot Brody.

She went on: “She does regret the shooting. Her emotions taking the better of her and an outburst she knows she’s got potential for, but an outburst she didn’t expect to have the repercussions that it has.

“She wants revenge for her dad and the things that happened to him, and goes after that specifically, but she ends up having to deal with, ‘okay, so that’s not what’s happened. Let’s try to use this situation differently’, where else can she target certain things.

“I think she regrets the lack of control that has led to this point.”

Hollyoaks airs weeknights on Channel 4 at 6:30pm, with the next episode at 7pm on E4.