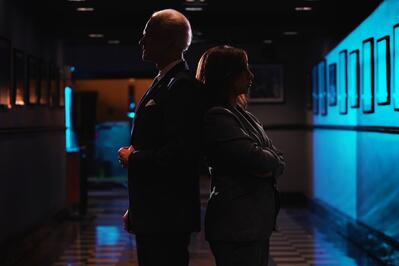 Saturday Night Live is officially back. Fresh off the show’s Primetime Emmy wins for Season 45, Season 46 of NBC’s late-night sketch comedy series premiered on Saturday, Oct. 3 in its usual 11:30/10:30c time slot. The show also made its grand return to Studio 8H at Rockefeller Center.

Saturday Night Live‘s new season is kicking off with six consecutive shows — starting with the Oct. 3 premiere through at least Nov. 7, the week after the presidential election — and features a limited number of people in the audience. Some new faces in the cast made their SNL debuts in the premiere — including Lauren Holt, Punkie Johnson, and Andrew Dismukes — as well as guest actor Jim Carrey, who took over the show’s portrayal of former Vice President Joe Biden.

What else is there to know about the 46th season of Saturday Night Live? Find out all the latest information about SNL‘s upcoming season below.

Is SNL new this weekend?

Yes, Saturday Night Live is new this Saturday, Nov. 7. Dave Chappelle will host, though no musical guest has been announced.

When does SNL air?

Saturday Night Live airs on Saturdays at 11:30/10:30c on NBC. The weekly episodes are available to stream on Hulu the following day, and will also be available on NBCUniversal’s new streaming service, Peacock.

Meanwhile, there have been some changes to the regular guest star roster as well. None other than Jim Carrey came on as a guest cast member to play Joe Biden. Following her Emmy-winning turn as a guest star on Saturday Night Live Season 45, Maya Rudolph also returned for the 46th season to portray now-vice presidential candidate Senator Kamala Harris. Rudolph was one of several celebrity guests to portray political figures during SNL‘s Democratic debate sketches, and she caught the attention of the California senator for her work on at least one sketch. Alec Baldwin also returned in the premiere as Donald Trump.

Who is hosting SNL in Season 46?

Where can I stream previous episodes of SNL?

Prior seasons of Saturday Night Live are currently available to stream on Hulu, and all 45 seasons will be available on NBCUniversal’s new streaming service, Peacock, starting Friday, Oct. 1, according to Variety. Some episodes and clips can also be found on NBC’s SNL website.

Where can I read coverage of SNL?

TV Guide is covering SNL Season 46, starting with the premiere episode. Check out our coverage below.

Episode 5 (Oct. 31, 2020): John Mulaney and The Strokes
Jim Carrey’s Joe Biden Is Visited By the Ghost of Kate McKinnon’s Hillary Clinton in the SNL Cold Open