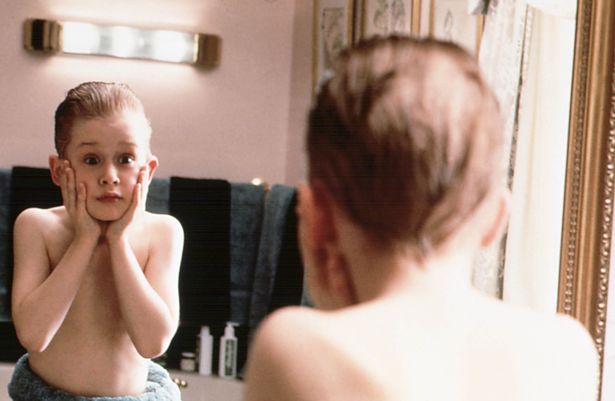 It’s 30 years since Kevin McCallister and his antics made Home Alone the ultimate Christmas film.

The movie turned Macaulay Culkin into a sensation and held the record for being the highest grossing live action comedy ever.

Central to the film’s plot is how eight-year-old Kevin was accidentally left at home on his own when his family went on a festive holiday and forgot to take him.

From the iconic aftershave scene to treating himself to takeaway pizza, Kevin seems to be managing just fine until two hapless burglars – Harry and Marv – realise the luxury home is fit for raiding.

However, they’re completely outwitted by the young Kevin, who sets up a raft of booby traps throughout the home before his family return and everyone is reunited.

But the red walls, fire place, and clutter have all been removed. Gone too is the red floral wallpaper, with the walls a very muted cream.

It’s all very regal in the McCallister household. Even the dining room is luxurious, with dark red walls and a formal table.

Not much changed in the movie, it just got a bit more festive, with the walls now much lighter to brighten the room.