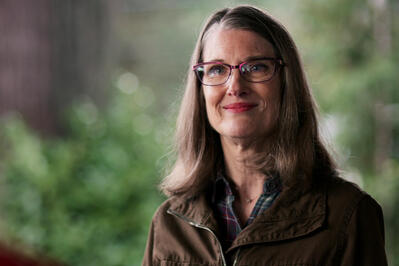 Looking for something new to watch on Netflix? You’ve come to the right place. Here are the best new shows and movies releasing on Netflix the week of Nov. 27-Dec. 3, 2020.

I know Netflix hasn’t been good about adhering to the rule of staying away from Christmas until after Thanksgiving, but it turns out that even with the dozens of holiday specials already released over the last few weeks, it was being pretty good about the rule. That’s because this week’s new releases, which start the day after Thanksgiving, are stuffed with so many holiday movies, shows, and specials that you’ll be sick of it all by Nov. 28. It’s like as soon as the mashed potatoes go into Tupperware, all rules are off and the dam holding back winter holiday content bursts open. After you’re done with your Thanksgiving meal, prepare to gorge on wintery specials.

All titles debut on Friday, Nov. 27 unless otherwise noted. Here’s what came out on Netflix last week.

Virgin River, Season 2
The book-you-buy-at-an-airport-come-to-life-as-a-TV-show returns for its second season, with cliffhangers to resolve and build anew. Mel returns to Virgin River after a quick retreat to Los Angeles, and of course when she gets there, Jack is waiting for her… with a whole new set of complications that serve as obstacles for their romance, including that pregnant ex. But you didn’t come to Virgin River to watch things go easy for Mel, right?

Dance Dreams Hot Chocolate Nutcracker
This Shonda Rhimes-produced documentary details the Debbie Allen Dance Academy’s annual tradition of putting on its own version of the holiday ballet classic The Nutcracker, which features much less symphony orchestra and much more fun.

A Toot Toot Cory Carson Christmas
Even cars deserve to celebrate Christmas. The British animated series about a young auto gets the yuletide treatment. Was Cory naughty (didn’t use turn signals) or nice (allowed others to zipper merge)? [Trailer]

Over Christmas
If you thought silly Christmas movies were just for Americans, then you haven’t seen the damaging influence of American pop culture infect the rest of the world. This German Christmas movie follows a musician currently in a string of terrible luck who, oh, I don’t know, maybe finally finds some things work out for him over the holidays. Maybe! [Trailer]

Sugar Rush: Christmas, Season 2
The baking competition show is back to unwrap another season of Christmas-themed cakes, cookies, and other things that you’ll regret eating. [Trailer]

Wonderoos: Holiday Holiday!
Wonderoos is like the Sasquatch of Netflix animated programs for kids. Apparently it is real, but there are no trailers and it’s hard to find on Netflix (a search takes you to the front page). Does it really exist? Do I need to set up a motion-activated camera in the forest somewhere to find it? [No trailer, no evidence / Sunday, Nov. 29]

Angela’s Christmas Wish
In the sequel to the Irish animated special, Angela tries to reunite her family when her dad has to go on a business trip to Australia during the holidays. Better start digging, Angela. [Trailer / Tuesday, Dec. 1]

The Holiday Movies That Made Us
If you can’t decide which holiday movie to watch, just turn this special about holiday movies on and avoid decisiveness, you wishy-washy flip-flopper. [Trailer / Tuesday, Dec. 1]

Just Another Christmas
Apparently foreign countries are still in that phase where it’s cool to be like, “Ugh, I do not care for Christmas!” In this comedy film from Brazil, some dude HATES Christmas because it’s also his birthday. Also he has amnesia. Also he’s stuck in a time loop where it’s Christmas Eve everyday. Also he gets hit in the nuts several times. I wasn’t sold until the testicular abuse, but now I’m all in. [Trailer / Wednesday, Dec. 2]

Chico Bon Bon and the Very Berry Holiday
The monkey with a tool belt gets ready for Blunderberry Day, which is not a real holiday. [Trailer / Thursday, Dec. 4]

Alien Worlds
A bunch of stoned scientists get together and imagine what life is like on other planets by combining a few Earth animals into one hideous creature and computer-animating it. It’s like the video game No Man’s Sky, except you just watch it. [Wednesday, Dec. 2]

The Beast
An unstable special forces veteran goes to extreme lengths to save his daughter from kidnappers in this Italian film that’s essentially Taken. [Trailer]

The Call
Imagine if you had a phone that could call someone who lived in the same house as you 20 years ago! You’d just return that phone and say it’s broken right? Not in this Korean movie. The two women chat with each other to change history, including what happens to a serial killer. [Trailer]

The Fabulous Lives of Bollywood Wives, Season 1
A reality series that is exactly what it sounds like. [Trailer]

The Uncanny Counter, Season 1
Employees of a noodle shop use their super powers to hunt demons at night in this totally normal sounding Korean drama. [Trailer / Saturday, Nov. 28]

Finding Agnes
A Filipino movie about a successful entrepreneur who reestablishes his relationship with his estranged mother and meets her adopted daughter. [Trailer / Monday, Nov. 30]

Fierce
A contestant on a singing competition show tries to win the love of her father… who is a judge on the show! Wow! You better like Polish pop songs, cuz it’s Polish movie. [Trailer / Wednesday, Dec. 2]

Break
Do you like French movies? Do you like movies about dancing? Do you like sensitive b-boys? If you answered “yes” to all three questions, then watch this. [Trailer / Thursday, Dec. 3]