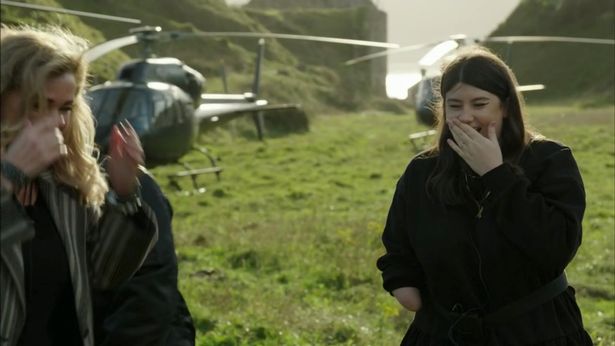 I’m A Celebrity… Get Me Out Of Here! host Ant McPartlin has wasted no time in ramping up the banter as the ITV show returned to our screens.

With the show relocated to Gwrych Castle near Abergale, in North Wales after Covid restrictions stopped the crew travelling to their usual spot in the Australian jungle, Ant was quick to joke about the time as they would usually be around 12 hours ahead of the UK when he goes on air with co-host Declan Donnelly.

Ant also used the moment to have a quick dig at parasport athlete Hollie Arnold, after she introduced herself to others in the camp as “MBE”.

The 26-year-old gold medallist spoke to her fellow camp mates on a walkie talkie and was quick to mention that she had been honoured by the Queen.

The move was slammed as “pointless” by annoyed fans who took to Twitter to share their outrage.

One tweeted: “Im A Celebrity really doing its bit for the environment with the individual helicopters….”

Another wrote: “Why they all coming in separate helicopters? #imacelebrity seem quite happy to kill of the environment.”

While a third tweeted: “Well done ITV for showing real care for the environment when getting individual helicopters to drop off 10 people in Wales.”

*I’m a Celebrity continues tomorrow on ITV at 9pm .