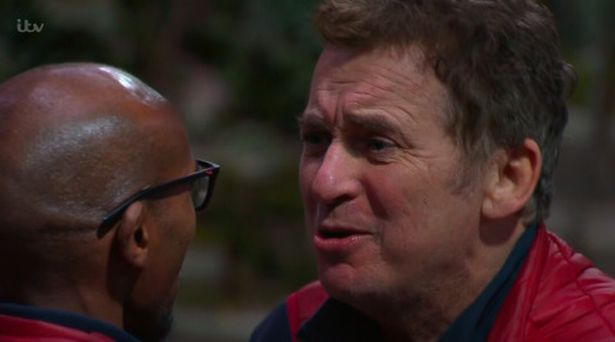 But eyebrows were also raised as it became the nth time that Shane had slipped back into his alter ego.

He first left Walford back in 2005 on Christmas Day and returned five years later after wife Kat’s return.

Shane then left again in 2016 before briefly returning in May 2018 after Kat’s cousin Hayley revealed that she was carrying his baby.

However, Alfie was last seen in 2019 after staging his own death in a bid to get out of his troubling debt.

He had scammed Phil out of £50,000 before leaving Walford and hasn’t been seen since.

With Kat’s boyfriend Kush’s departure imminent, is there room for Alfie to return to the Square?

*I’m A Celebrity airs tomorrow night at 9pm on ITV