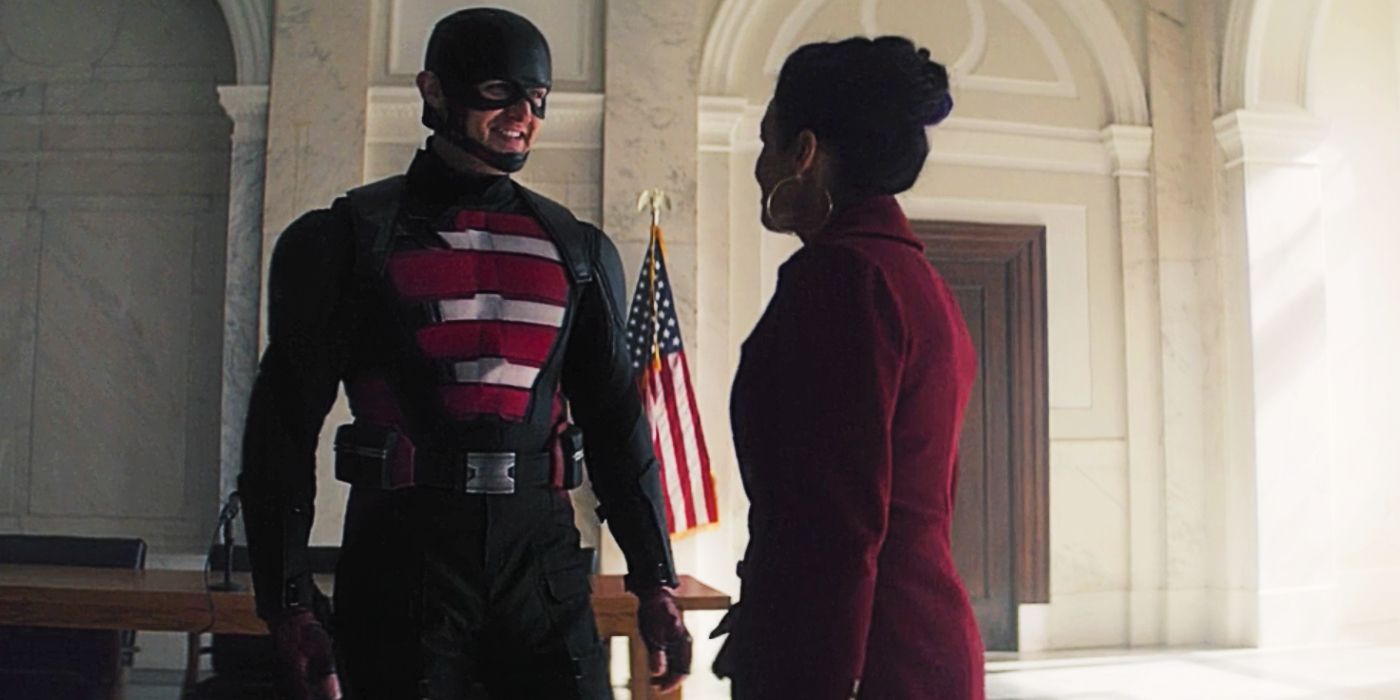 Russell’s future in the MCU has been uncertain during Falcon and the Winter Soldier‘s run, with the actor playing coy when asked if he knew whether or not he would be appearing in future projects. It certainly seemed possible that Russell’s appearance could be a one-off, but now that he’s taken on the mantle of US Agent, he’s all but guaranteed to appear in future Marvel movies or TV shows. Which projects those will be, though, remains a mystery. With a fourth Captain America film on the way, it seems Russell could appear in that film, but there are various others he could pop up in.

At one point in the comics, US Agent worked with the West Coast Avengers along with Vision, who is still alive after WandaVision. Rumors that the MCU is working to establish that team could give viewers an idea of where Walker could end up. Whether or not he’ll be a hero or a villain, though, is one question that remains up in the air. Walker spent the majority of The Falcon and the Winter Soldier in opposition to Sam and Bucky. Now that he’s working for Contessa Valentina Allegra de Fontaine, it seems more than likely he’ll at least remain in the anti-hero position for some time.