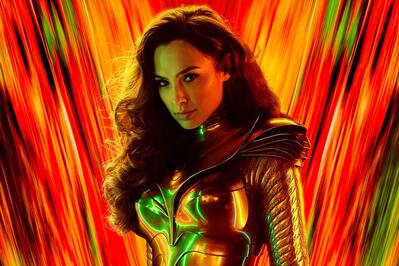 Happy holidays and happy Wonder Woman: 1984 day! The highly anticipated sequel to the 2017 blockbuster Wonder Woman is officially in theaters, but because of the coronavirus pandemic, fans can also watch the new movie from the comfort of home — you’ll just need HBO Max to watch the new chapter of the Wonder Woman saga.

Wonder Woman: 1984 officially became available to stream on Dec. 25 at noon ET/9 a.m. PT. The title will be available for a month at no extra cost to HBO Max subscribers. Reminder: HBO Max is now available on Roku devices and the PS5, in addition to the Amazon, Apple, and Google devices the app was previously available on.

Wonder Woman: 1984 is the first of many major Warner Bros. blockbusters to premiere on HBO Max on the same day as their theatrical release. The company has announced that its entire 2021 theatrical slate, including Dune, The Matrix 4, and Godzilla vs. Kong, will also be getting the same treatment.