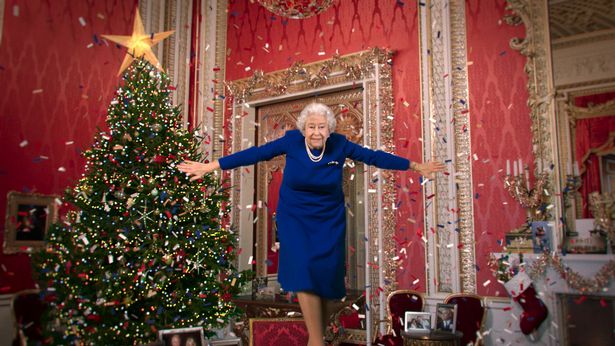 The Alternative Queen’s Speech has left strong reactions following its airing on Channel 4.

The actual Queen’s Speech aired on BBC One and ITV as planned.

However, the parody of the annual monarch’s tradition on Channel 4 saw a ‘Deepfake’ mock Queen deliver some scathing remarks and comical moments for viewers.

The cringe-worthy series of clips saw the fake Queen discuss a number of controversial topics, including royal matters from the Duke and Duchess of Sussex stepping down from their roles as senior members of the Royal Family to the fallout from Prince Andrew’s Newsnight Interview on the Jeffrey Epstein scandal.

Another memorable moment saw the monarch do a dance emulating recent social media trends on the app TikTok.

Finally, one fan of the Queen concluded: “I am so irritated by Channel 4’s mean spirited crashing of the Queen’s Christmas message that I am going to watch the real one, even though I don’t normally. We’ve all had a s**t year @Channel4, there was no need for this #QueensSpeech ”

What did you think of the Alternative Christmas Speech? Let us know in the comments below.