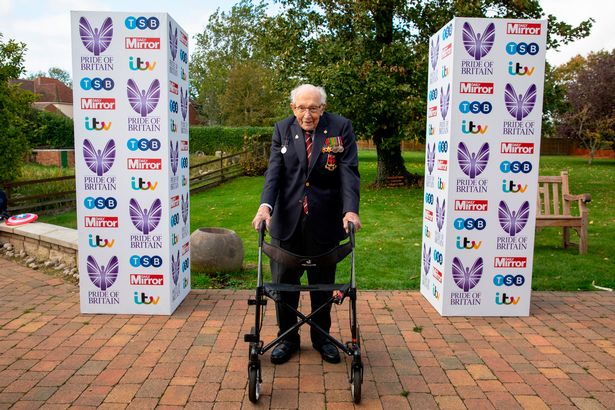 As sad as it is that the sun is setting earlier and earlier while the weather gets more and more miserable there is some solace to be found this November.

That’s right, the Pride of Britain Awards are on tonight and you can expect the usual parade of heart-warming stories of bravery, selflessness or steadfast ability in the face of the impossible.

This year, Marcus Rashford and Captain Sir Tom Moore will be among those honoured in the ceremony, which will also feature appearances from a whole host of celebrities.

What time are the Pride of Britain Awards 2020 on tonight?

The Pride of Britain Awards will air on ITV at 9pm tonight (1 November).

Who is hosting the Pride of Britain Awards?

Carol Vorderman will once again be on hosting duties – it will be her 22nd year doing so.

The former countdown statistician, who has since appeared on Lorraine, I’m a Celebrity… Get Me Out Of Here! And Loose Women, has hosted the ceremony since it began in 1999.

What are the Pride of Britain Awards?

The ceremony celebrates the most remarkable achievements by British people who make the world a better place.

This year, due to COVID restrictions, Pride of Britain will be held virtually, and winners will have their awards delivered to them instead of attending a ceremony in person.

However celebrity guests will still make appearances to congratulate winners.

The Duke and Duchess of Cambridge are expected to make an appearance and have already filmed a segment to thank St Bartholomew’s in London for their work during the pandemic with Good Morning Britain’s Kate Garraway.

Who has won this year?

Earlier this year, Captain Sir Tom Moore was awarded a Daily Mirror Pride of Britain Award live on Good Morning Britain for his efforts raising £32 million for the NHS during lockdown.

Footballer Marcus Rashford will also receive a prize for his campaigns to extend the free school meals scheme over the summer.